WATCH: Raindrops Catapult Bacteria Into The Air, And It's Beautiful

When you step outside after a big rainstorm and take a deep whiff of that fresh, earthy smell, you're mostly smelling a chemical called geosmin.
It's a byproduct of bacteria and fungi. And something about rain lofts the chemical — and sometimes the organisms themselves — into the air, a process that not only helps release that earthy smell but may, in very rare conditions, spread diseases.
Somehow raindrops launch tiny living things off the ground.
Wind can pick bacteria up from the ground and bring into the sky, sometimes settling in clouds thousands of feet above us. Sea spray can also send bacteria flying. The mystery has been, how does rain do it?
Now, mechanical engineers writing Wednesday in the journal Nature Communications say they've figured it out. It has to do with tiny bubbles.
Using high-speed cameras and fluorescent dye, the researchers filmed drops of water as they fell on different types of soil infused with bacteria. They watched as the drops delicately catapulted the microbes into the air. WATCH!
Posted by alisha marie [smiles] at 7:41 PM No comments:

vitamin D and fruit for health! 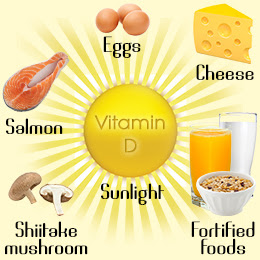 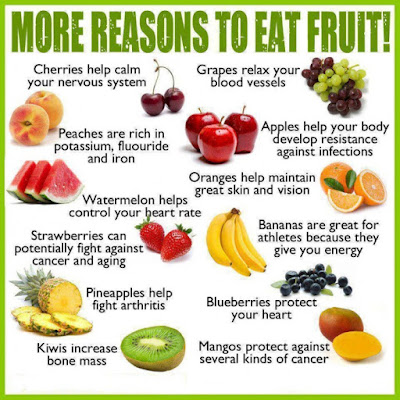 Posted by alisha marie [smiles] at 7:04 PM No comments:

who benefits under trump and the republicans health care plan 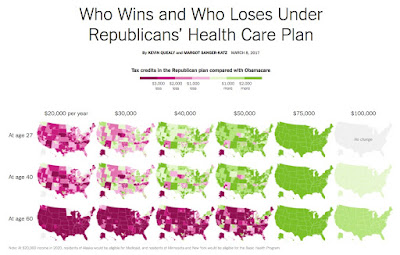 Both Obamacare and the recent Republican replacement proposal use refundable tax credits to help people buy their health insurance. That is part of the reason the new G.O.P. bill is under fire from conservatives, who see it as a new entitlement program.
But the structure of the tax credits is really different. Obamacare calculated the credits based on the cost of insurance in a given area and how much the purchaser could afford to pay. The Republican plan hands out tax credits on a flat basis, according to age. (Both plans cut off subsidies at a certain income level, on the assumption that high earners can pay their own way.) That means that the government subsidy you might get under the different plans would depend on a number of factors – age, income, address.
Analysts at the Kaiser Family Foundation estimated these subsidies for every county in the United States across these three variables. The result, shown in the maps above, reveals stark contrasts in federal support, particularly for lower-income Americans.
The biggest losers under the change would be older Americans with low incomes who live in high-cost areas. Those are the people who benefitedmost from Obamacare.
For some people, the new tax credit system will be more generous. The winners are likely to be younger, earn higher incomes and live in areas where the cost of health insurance is low.
Obamacare's subsidies were structured to limit how much low- and middle-income Americans could be asked to pay for health insurance. Under the G.O.P. proposal, many of the people whose tax credits would fall sharply would be likely to end up uninsured. For people with few resources, a gap of several thousands of dollars between their tax credit and the cost of coverage would be impossible to make up.
That's why many policy experts believe that the new system would result in fewer Americans having health insurance.
But if you put Obamacare out of your mind, this program still represents a very large outlay of federal money to help Americans buy health insurance. Before Obamacare passed, those buying their own insurance did not receive government subsidies. And the tax credits in the Republican bill would go to people regardless of whether they even paid taxes -- another reason conservatives oppose it.

Posted by alisha marie [smiles] at 6:57 PM No comments: 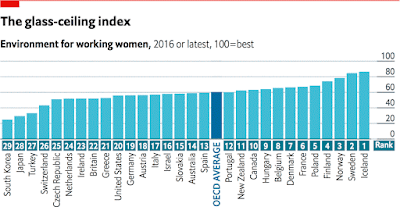 the best and worst places to be a working woman

Posted by alisha marie [smiles] at 6:53 PM No comments: