Deep Sea Explorers Discover A Sponge The Size Of A Minivan 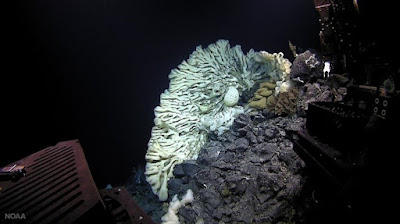 The deep-sea researchers were surveying an ocean ridge off the coast of Hawaii in 2015 and amid ordinary ocean floor fare — a bit of coral, some volcanic rock — they came across something surprising.

"Where did this guy come from? Holy cow!" one researcher said to his colleague.

During the moment caught on camera, the brain-like curves of a sponge about the size of a minivan came into view. As one of the scientists exclaimed in the video, "This is the largest thing I've seen underwater."

Now, a new study reports that it is the largest sponge ever documented, at about 11.5 feet long, more than 6.5 feet wide and 4.9 feet high. That's about the size of a minivan. In the video, the researchers immediately voiced their suspicion that it could be the biggest sponge in the world. 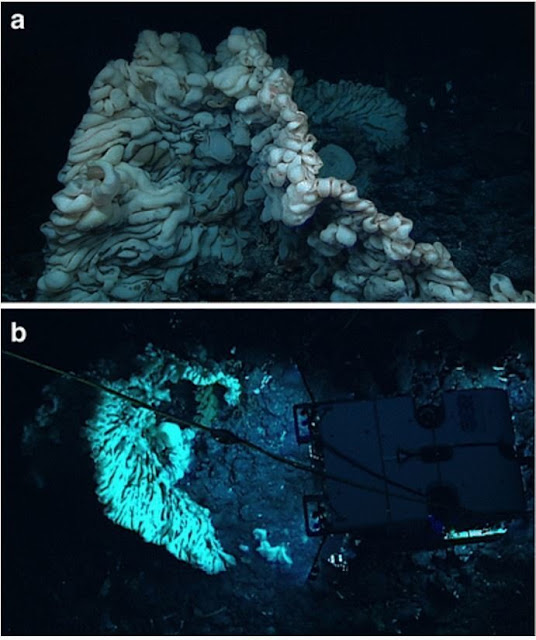