Earth Blamed for Cracks in Moon

The moon is shrinking, and Earth is to blame for how the moon’s crust has cracked. 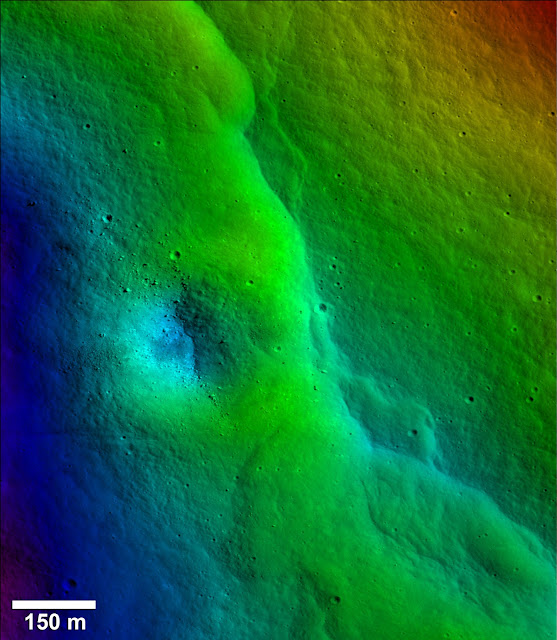 
Scientists reported the shrinkage in 2010, when researchers, led by Thomas R. Watters of the Smithsonian’s National Air and Space Museum, picked out cracks in images taken by NASA’s Lunar Reconnaissance Orbiter.

They counted 14 ridges, formed when one side of the fracture slips over the other, but the orbiter’s high-resolution camera had covered only about 10 percent of the moon’s surface. Five years later, more than three-quarters of the surface has been photographed, and the scientists now count more than 3,200 ridges, most quite small — less than six miles long and tens of yards high.

If the moon were shrinking uniformly, then the cracks and ridges should be pointed every which way. Instead, Dr. Watters and his colleagues found that around the equatorial and midlatitude regions, there was a preponderance of north-south ridges, while near the poles, the faults tended to run east-west.

What they figured out is that the tidal forces of the Earth pulling on the moon, while small, generated enough stress to break the moon’s crust in the observed pattern. The new study was published in Geology. nytimes
Posted by alisha marie [smiles] at 3:17 PM