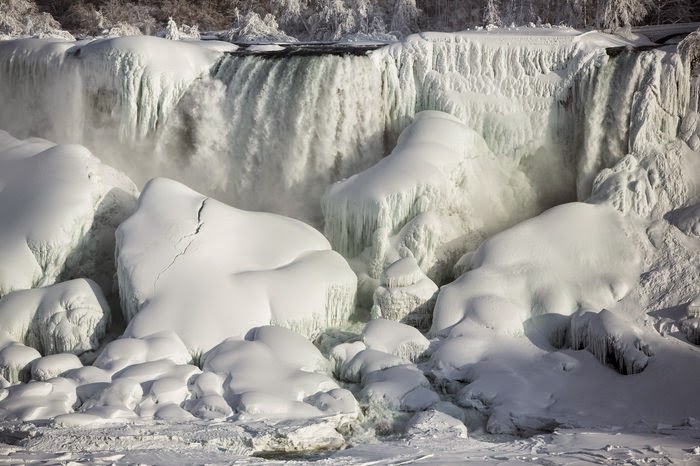 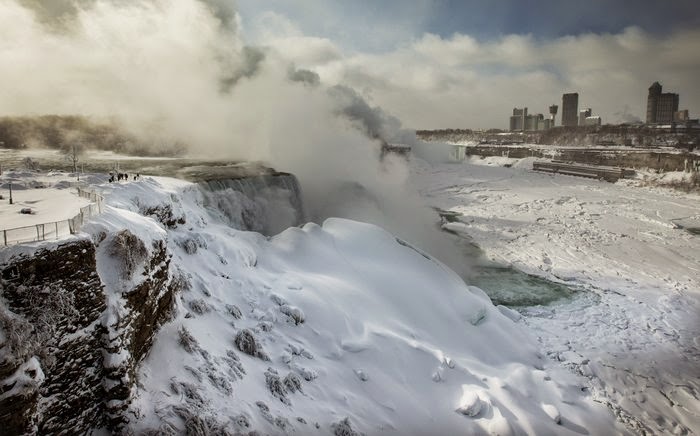 The Arctic cold snap that has gripped much of the U.S. lately may be causing hardship for many, but it's also creating some spectacular ice formations at Niagara Falls. The spectacle is drawing huge crowds on both the Canadian and American side of the border.
The air temperature is so cold that the water and mist coming off the falls is frozen in place. Some of the formations look like massive boulders, others look like long shards of white glass.
According to the Weather Channel, the temperature at Niagara Falls has not gotten above freezing this month. It's expected to be the coldest February on record. Still, the falls can never completely freeze over, there's simply too much water cascading over them. But the continuing cold weather means the icy formations at Niagara Falls will be around for awhile.
Posted by alisha marie [smiles] at 6:27 PM