Plastic is one of those inventions that transformed the world. It's light, durable and you can make lots of things with it.

But it's also transforming Earth's oceans — and not in a good way. A lot of plastic ends up there. Scientists are just now getting a handle on how much plastic has gone to sea.

Up until now, estimates have been very rough. It's hard to measure waste in the oceans; after all, salt water covers 70 percent of the planet.
But another way to figure out what's out there is to measure how much debris is coming off the land. 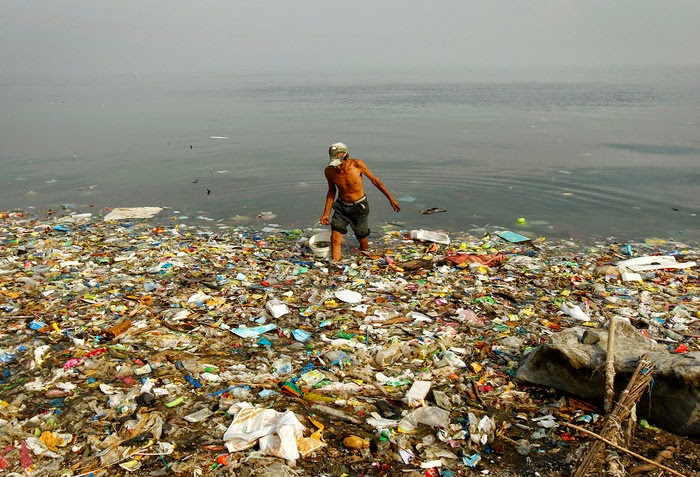 That's what engineer Jenna Jambeck, at the University of Georgia, decided to do (publishing her findings in this week's issue of the journal Science). Jambeck was a good fit for the job.Jambeck undertook a unique project — to study waste streams in 192 countries. She gathered data on how much waste each country generates and how each nation deals with its trash. She calculated how much is plastic and how much exists within 30 miles of an ocean.  Researchers also inventoried what was on beaches.
And here's what she found:"In 2010 there were 8 million metric tons of plastic entering the ocean globally," she says. That's plastic bottles, candy wrappers, laundry baskets, synthetic rope, and syringes. According to Jambeck's calculations, that's like putting five bags of plastic trash on every foot of coastline in the world. npr
Posted by alisha marie [smiles] at 2:10 PM