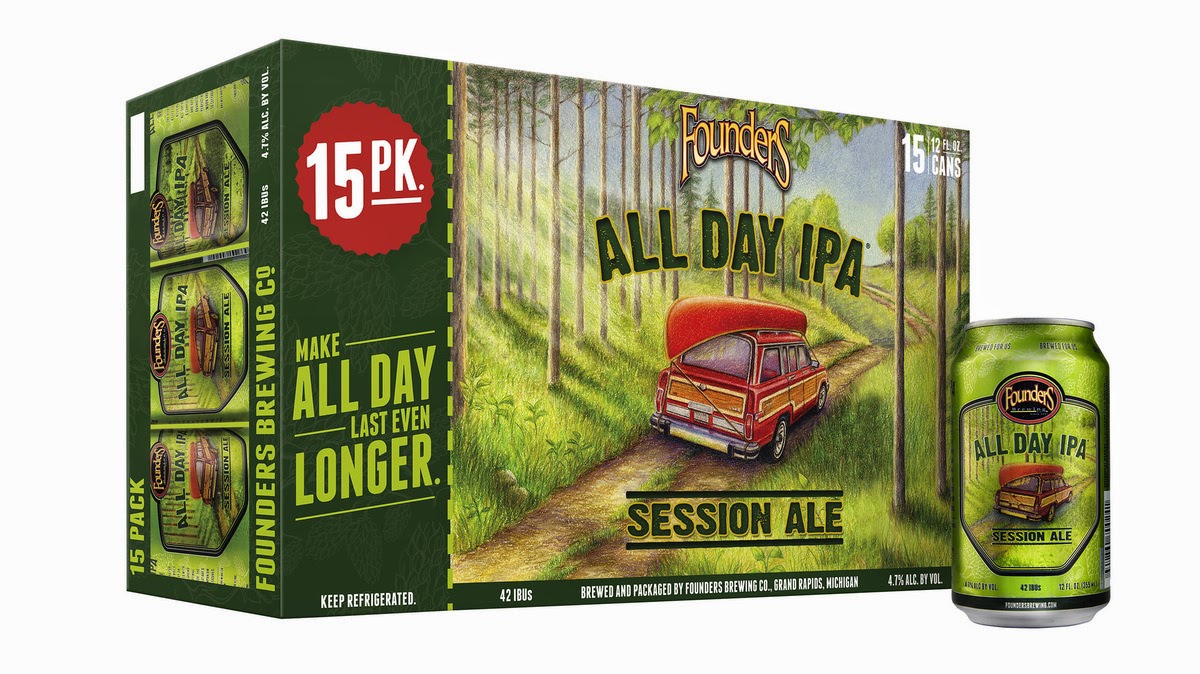 Chris Lohring has been brewing craft beer professionally for more than two decades. In 2010, he founded Notch Brewing. The company's lineup includes a Czech pilsner, a Belgian saison, and an India Pale Ale. All of the brews are session beers – meaning their alcohol by volume, or A.B.V., is less than 5 percent.

"The only thing in the United States previous to session beer being available by smaller brewers was the light beers of the world, which are mass-marketed, flavorless beers," Lohring says. "You could call them a session beer, but to me, a session beer needs to have some flavor. It needs to entice you for that second pint."

All Day IPA is Founders' first session beer. It's sold in 15-packs instead of the traditional 12-pack. Kushak says Founders isn't promoting longer drinking sessions, but when they do come up, All Day IPA — with its 4.7 percent alcohol — is an alternative.

"Those situations where people were drinking throughout the day already existed. And so our goal was to take a very responsible approach to that," Kushak says. npr
Posted by alisha marie [smiles] at 8:50 AM