Denmark Claims Part Of The Arctic, Including The North Pole 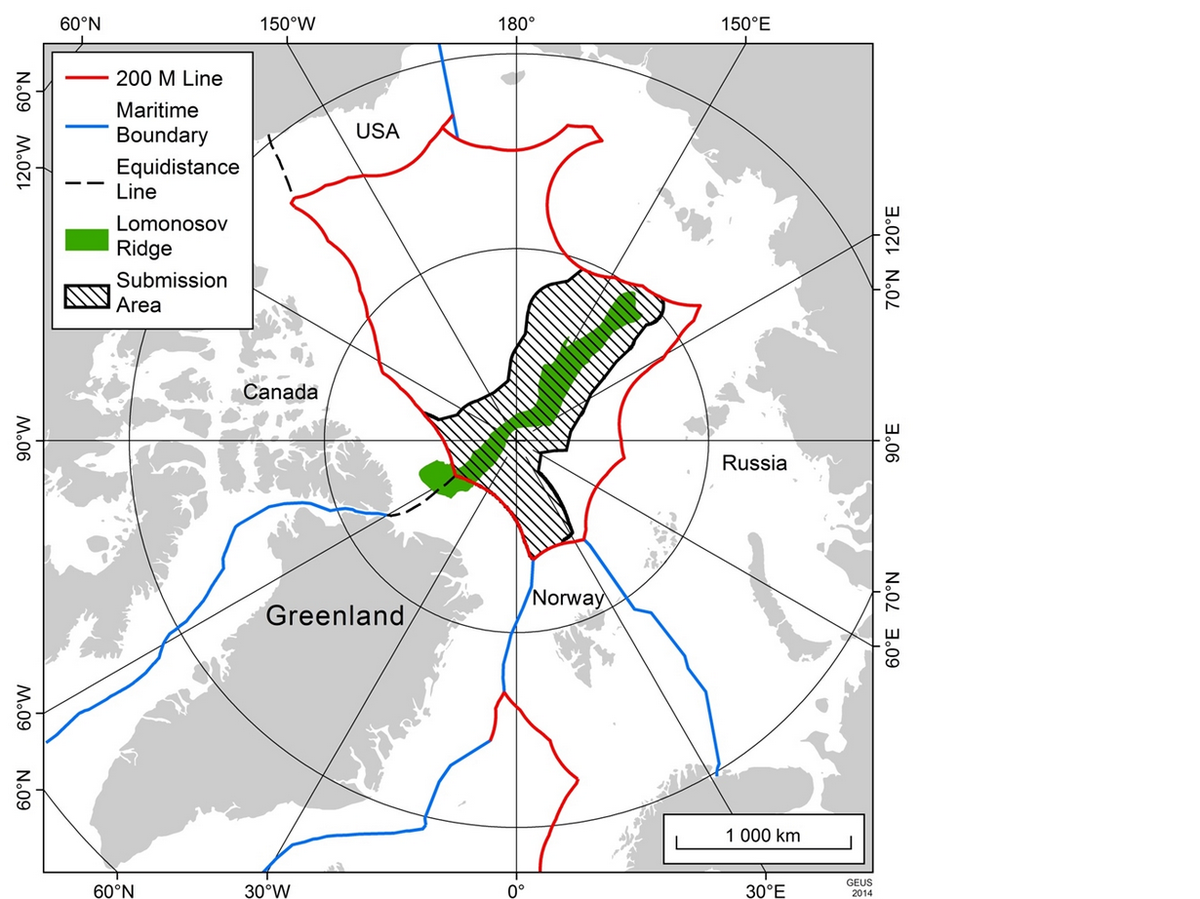 Denmark, together with Greenland, today will claim around 350,000 square miles of the continental shelf in the Arctic Ocean, in an area around the North Pole that is slightly larger than the size of Texas and Oklahoma combined.

"The submission of our claim to the continental shelf north of Greenland is a historic and important milestone for the Kingdom of Denmark," Foreign Minister Martin Lidegaard said in a statement. "The objective of this huge project is to define the outer limits of our continental shelf and thereby — ultimately — of the Kingdom of Denmark." (Here is the statement in Danish.)

Denmark contends that its data show Greenland's continental shelf is connected to the Lomonosov ridge, a ridge beneath the Arctic Ocean, The Associated Press reports. A Danish geophysicist quoted by the news service called the North Pole "a tiny, tiny abstract spot" that lies in the area.

Denmark said it would file paperwork with the U.N. to support its claim.

Under the U.N. Convention on the Law of the Sea, nations are entitled to a continental shelf extending to a distance of 200 nautical miles from their coast. Claims beyond that distance must be supported by scientific and technical data.

The current claim, in an area north of Greenland, is Denmark's fifth: A partial submission — north of the Faroe Islands — was presented in April 2009; another, in the area south of the Faroe Islands, was submitted in December 2010. A third partial submission was made in June 2012 for an area south of Greenland, and one in November 2013 was made for an area northeast of Greenland. npr
Posted by alisha marie [smiles] at 4:16 PM