After a stray dog in Ecuador met a team of Swedish adventure athletes, he grew so attached to the squad that he ran for miles and swam along to keep up with them. Now Arthur the dog is world-famous — and it all started with a meatball. 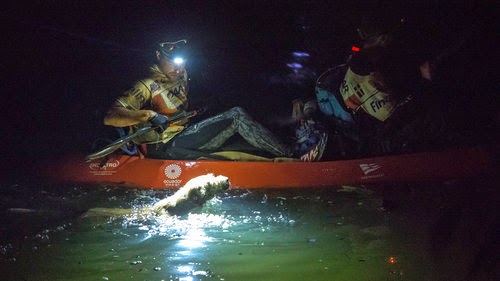 Sweden's Peak Performance team was in Ecuador this month to compete in the Adventure Racing World Championship, in which athletes hike, kayak, and bike during a 430-mile endurance race through the Amazonian rain forest. It's the kind of race where athletes try to keep moving day and night (see an example).
Just before starting one stage, the team's Mikael Lindnord made friends with a dog, sharing a meatball with him. Lindnord thought that would be the end of it — but then the dog followed him, and essentially forced his way onto the team. 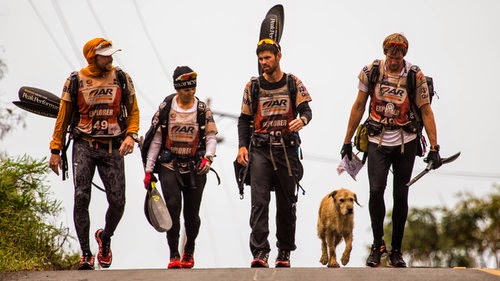 The team says that after six days, they "crossed the finish line with 5 members instead of 4 as the 12th top team in the world."
After some uncertainty, Lindnord managed to work out a way to bring his new best friend back to live with his family in Sweden: He and his teammates opened a Paypal account and mounted a Twitter campaign to raise money to bring Arthur home. They've also had him treated for a nasty wound to his back that he had suffered months before they met in him the rainforest. npr 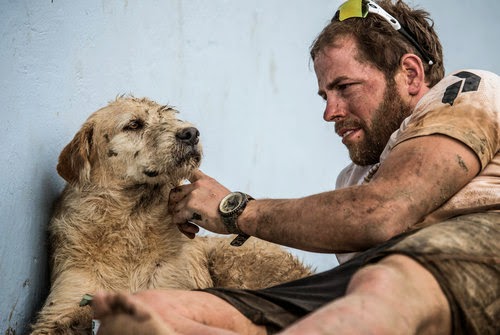