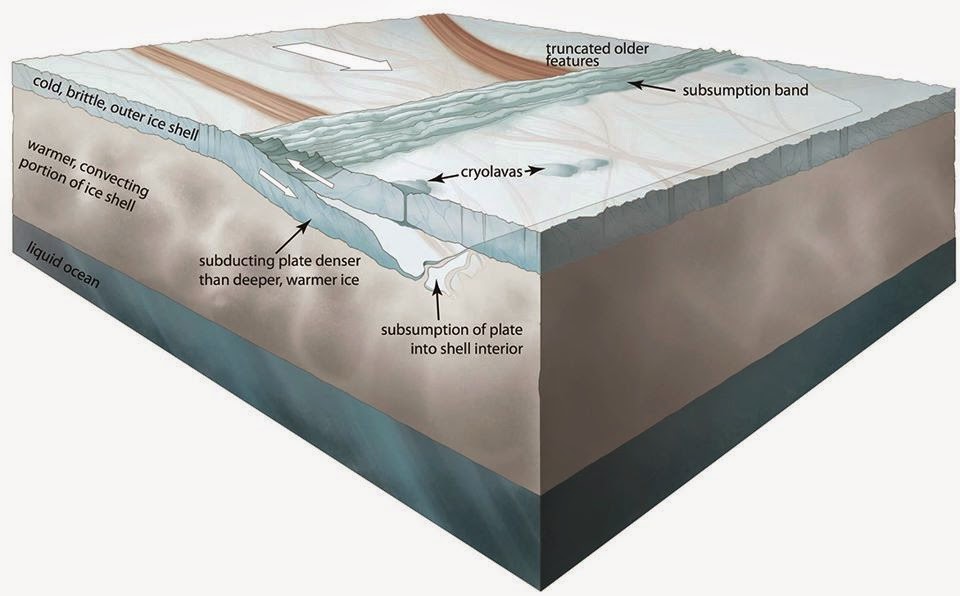 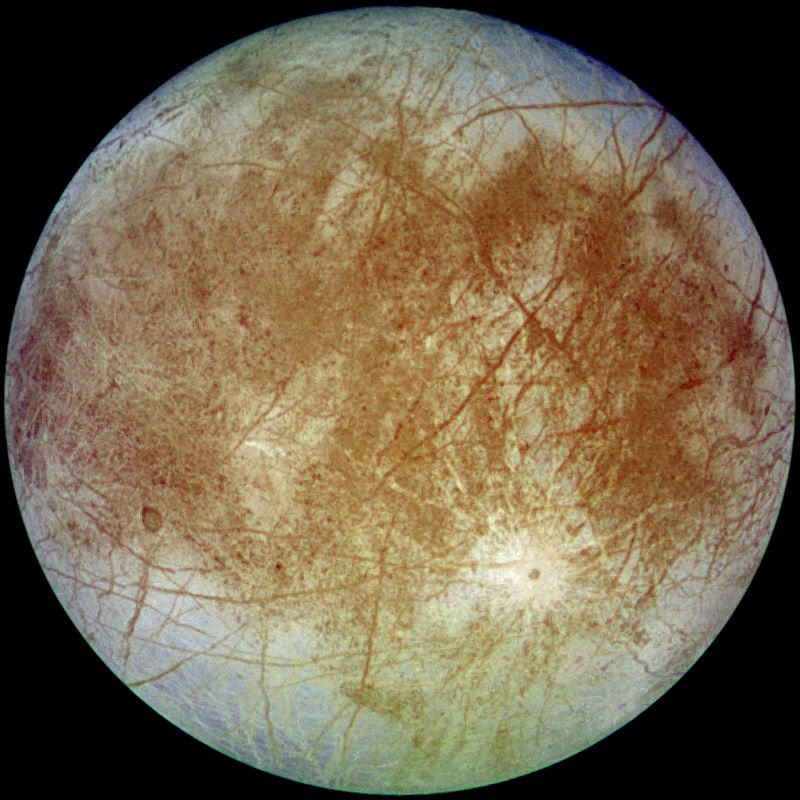 Scientists have found evidence of plate tectonics on Jupiter’s moon Europa. This indicates the first sign of this type of surface-shifting geological activity on a world other than Earth.

Researchers have clear visual evidence of Europa’s icy crust expanding. However, they could not find areas where the old crust was destroyed to make room for the new. While examining Europa images taken by NASA’s Galileo orbiter in the early 2000s, planetary geologists Simon Kattenhorn, of the University of Idaho, Moscow, and Louise Prockter, of the Johns Hopkins University Applied Physics Laboratory in Laurel, Maryland, discovered some unusual geological boundaries.
"We have been puzzled for years as to how all this new terrain could be formed, but we couldn’t figure out how it was accommodated," said Prockter. "We finally think we’ve found the answer."
Plate tectonics is the scientific theory that Earth’s outer layer is made up of plates or blocks that move, which accounts for why mountain and volcanoes form and earthquakes happen…
(read more: Jet Propulsion Laboratory)
Posted by alisha marie [smiles] at 7:09 PM