rights of the child 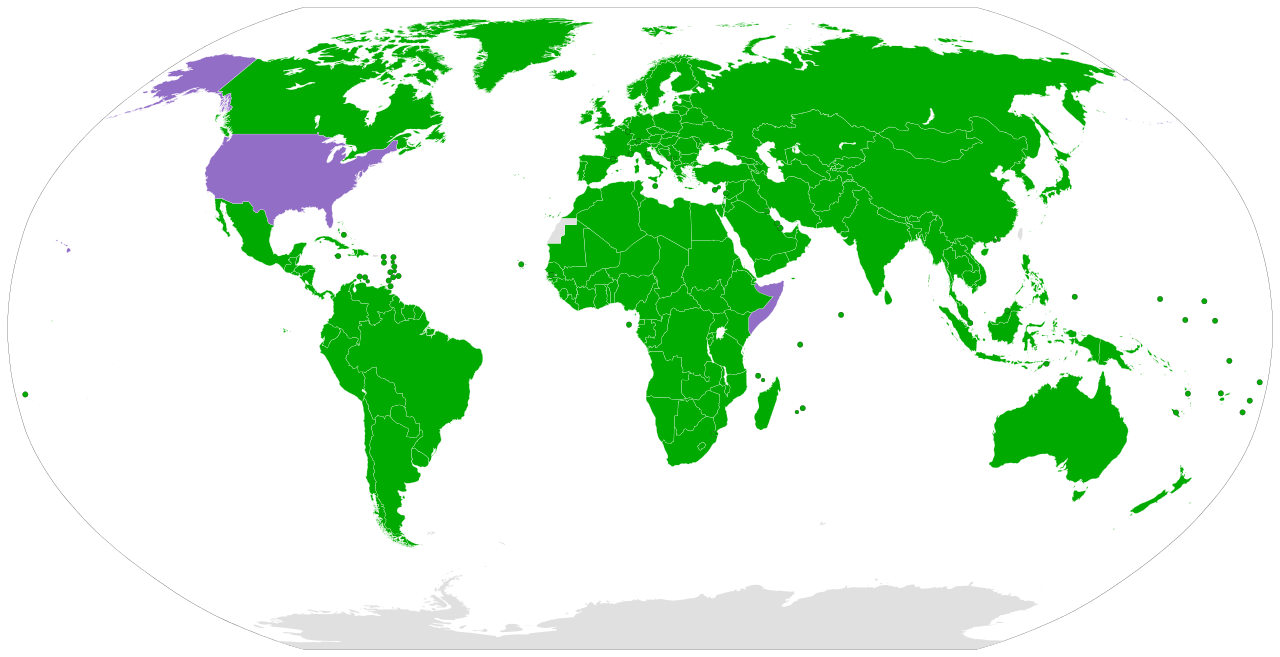 "38 countries now have agreed that corporal punishment of children, including spanking,
violates children's human rights. And they have banned spanking altogether, both in homes
and in schools" npr

The United Nations Convention on the Rights of the Child (commonly abbreviated as the CRC, CROC, or UNCRC) is a human rights treaty which sets out the civil, political, economic, social, health and cultural rights of children. The Convention defines a child as any human being under the age of eighteen, unless the age of majority is attained earlier under a state's own domestic legislation.[4]

The Convention deals with the child-specific needs and rights. It requires that states act in the best interests of the child. This approach is different from the common law approach found in many countries that had previously treated children as possessions or chattels, ownership of which was sometimes argued over in family disputes.[citation needed]
In many jurisdictions, properly implementing the Convention requires an overhaul of child custody and guardianship laws, or, at the very least, a creative approach within the existing laws.[citation needed] The Convention acknowledges that every child has certain basic rights, including the right to life, his or her own name and identity, to be raised by his or her parents within a family or cultural grouping, and to have a relationship with both parents, even if they are separated.
The Convention obliges states to allow parents to exercise their parental responsibilities. The Convention also acknowledges that children have the right to express their opinions and to have those opinions heard and acted upon when appropriate, to be protected from abuse or exploitation, and to have their privacy protected, and it requires that their lives not be subject to excessive interference.
The Convention also obliges signatory states to provide separate legal representation for a child in any judicial dispute concerning their care and asks that the child's viewpoint be heard in such cases.
The Convention forbids capital punishment for children. In its General Comment 8 (2006) the Committee on the Rights of the Child stated that there was an "obligation of all state parties to move quickly to prohibit and eliminate all corporal punishment and all other cruel or degrading forms of punishment of children".[14] Article 19 of the Convention states that state parties must "take all appropriate legislative, administrative, social and educational measures to protect the child from all forms of physical or mental violence",[15] but it makes no reference to corporal punishment. The Committee's interpretation on this point has also been explicitly rejected by several state parties to the Convention, including Australia,[16] Canada and the United Kingdom.
Posted by alisha marie [smiles] at 3:12 PM