A 9-year-old girl in Arizona on Monday accidentally killed her firing-range instructor
when she lost control of an Uzi submachine gun.
The news has ignited a debate in the country about access to guns and the
wisdom of state law and parents who allow children to shoot them. It also
brought up a host of questions. We've answered three of the main ones below:
Is it common for kids to shoot guns at ranges?
Adam Winkler, a professor of law at the University of California, Los Angeles,
and the author ofGunfight: The Battle over the Right to Bear Arms in America,
says children are on the range all the time.
One school of thought, which he subscribes to himself, he said, is that if
children learn about the awesome power of guns, they will be less likely to play
with them. Also, the thinking goes, what safer place to learn about guns than
at a shooting range?
Winkler said that what is rare to see is a child shooting an automatic weapon
like an Uzi at one of these places.
"To allow a 9-year-old to shoot a weapon like that is absurd," he said. "There's
no reason that girl should have had that gun on her own." I AGREE. npr

Posted by alisha marie [smiles] at 3:54 PM No comments:

An Icy Solution To The Mystery Of The Slithering Stones

A century ago, miners working in California's Death Valley reported seeing boulders on the desert floor with long trails behind them — as if the stones had been pushed across the sand. But despite 60 years of trying, no one ever saw what moved them. 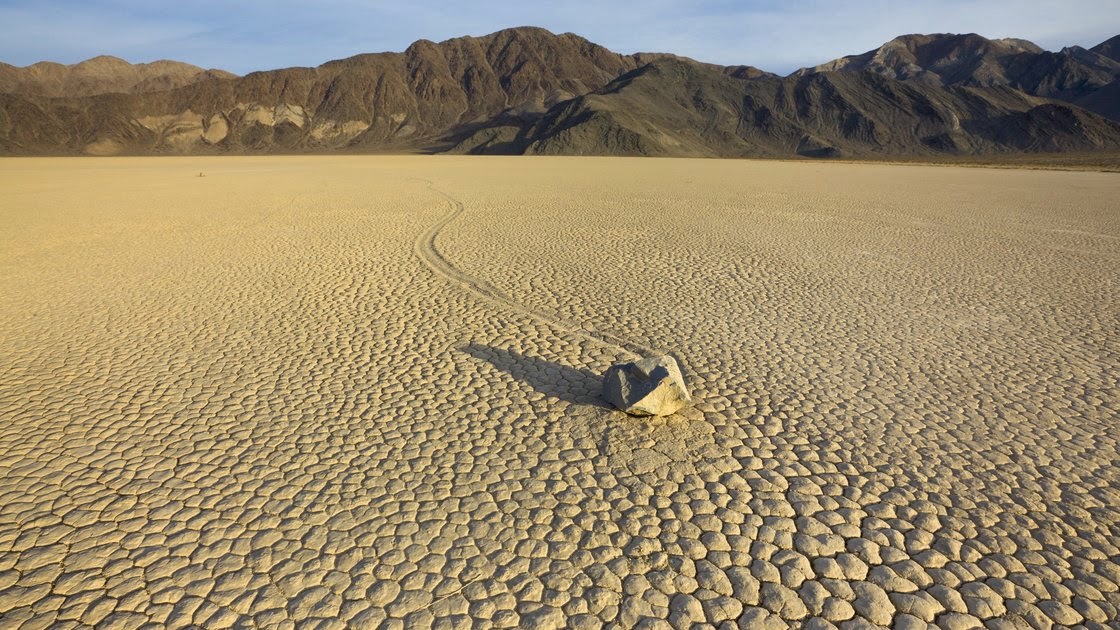 Now scientists think they've solved the mystery of the "slithering rocks of Death Valley." Using GPS tags pasted to the boulders, and a video camera, a geologist from Scripps Institution of Oceanography and his engineer cousin have evidence that broad, jagged panes of melting ice push the stones across the desert, nudged in one direction or another by the breeze. The team details their results in the current issue of the journal Plos One.
For decades, scientists trekked out to a dry lake bed in Death Valley called the Racetrack to see these rocks for themselves. Some of the stones weigh as much as 500 pounds. And many do indeed leave a long trail in the sand; some paths are straight, some zigzag. "They do things like ... take high-angle turns," says Richard Norris. "Sometimes they reverse course."
Norris, a geologist at Scripps, was just as puzzled as everyone else when he first saw the rock trails. Some were even parallel, as if the rocks had moved in tandem. "They are just going every which way out there," he says, "but in a very regular kind of fashion — like they're moving in fleets."
Fleets of boulders mysteriously sliding across the lake bed, or playa — a small community of scientists became rather obsessed with the phenomenon. "Every couple of years," Norris says, "somebody goes out there and tries to figure out what's going on."
Some scientists said windstorms were behind it. In 1953, a guy landed a plane on the lake bed and tried moving the rocks with the wash from his propellers. No go. Though a few stones rolled, they didn't slide. The trails were clearly not the sort made by rolling rocks. npr
Posted by alisha marie [smiles] at 11:42 AM No comments:

Posted by alisha marie [smiles] at 3:27 PM No comments:

i need more of this in my life right now

Posted by alisha marie [smiles] at 8:31 AM No comments:

Posted by alisha marie [smiles] at 2:24 PM No comments: 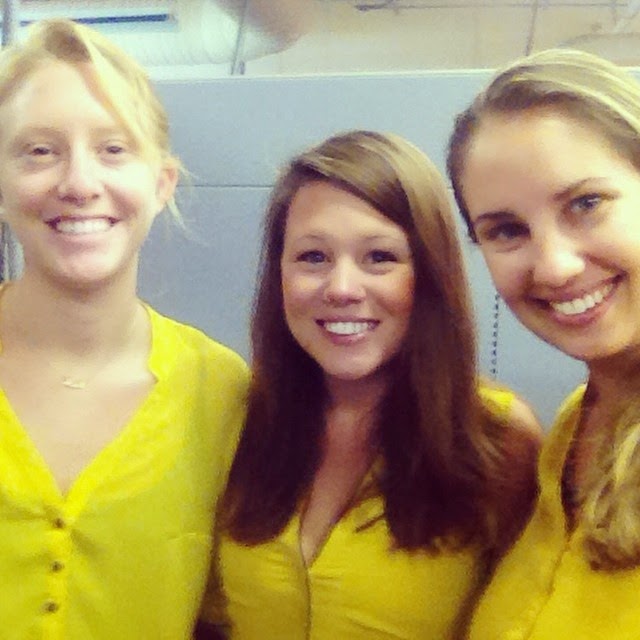 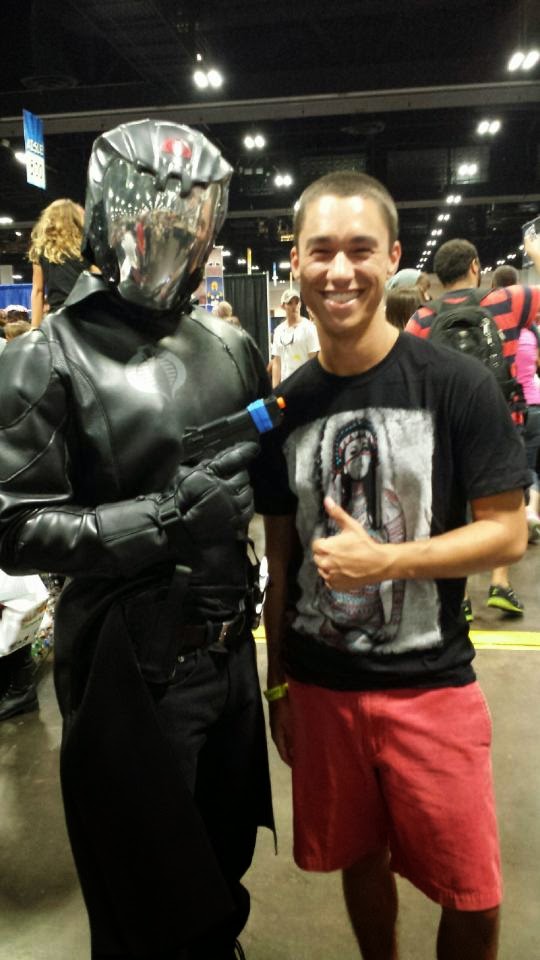 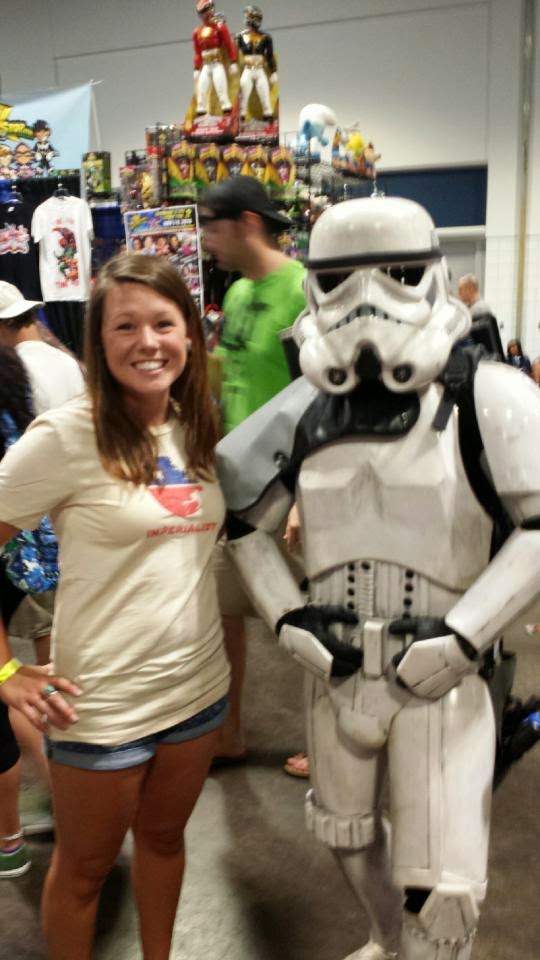 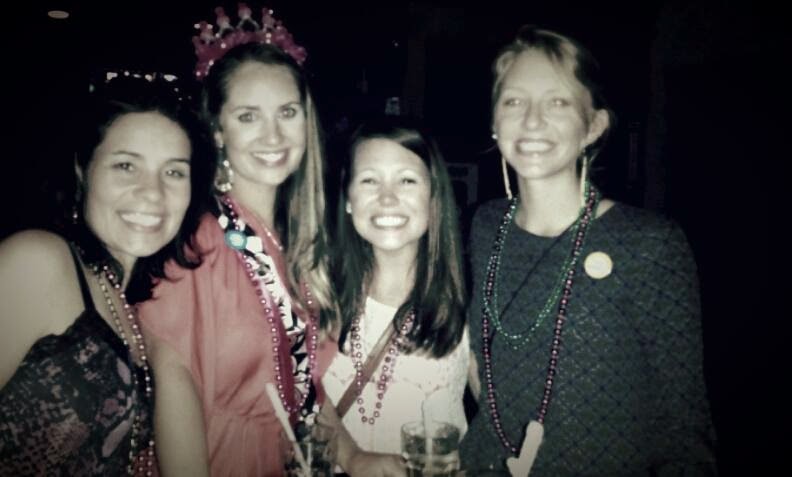 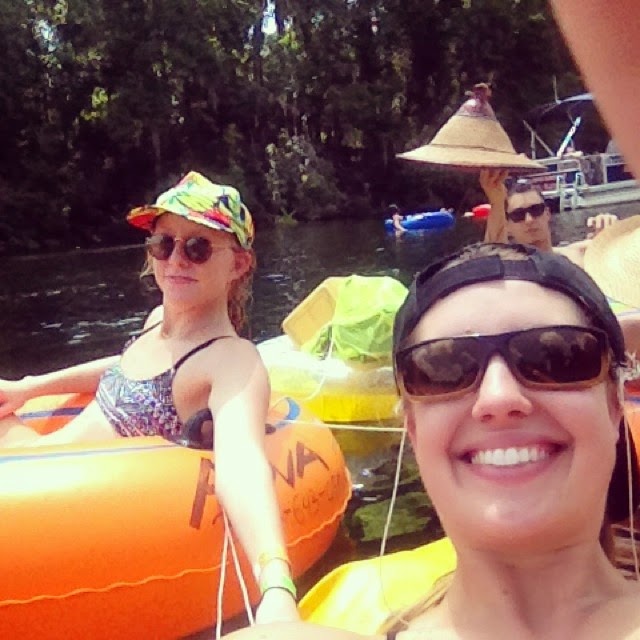 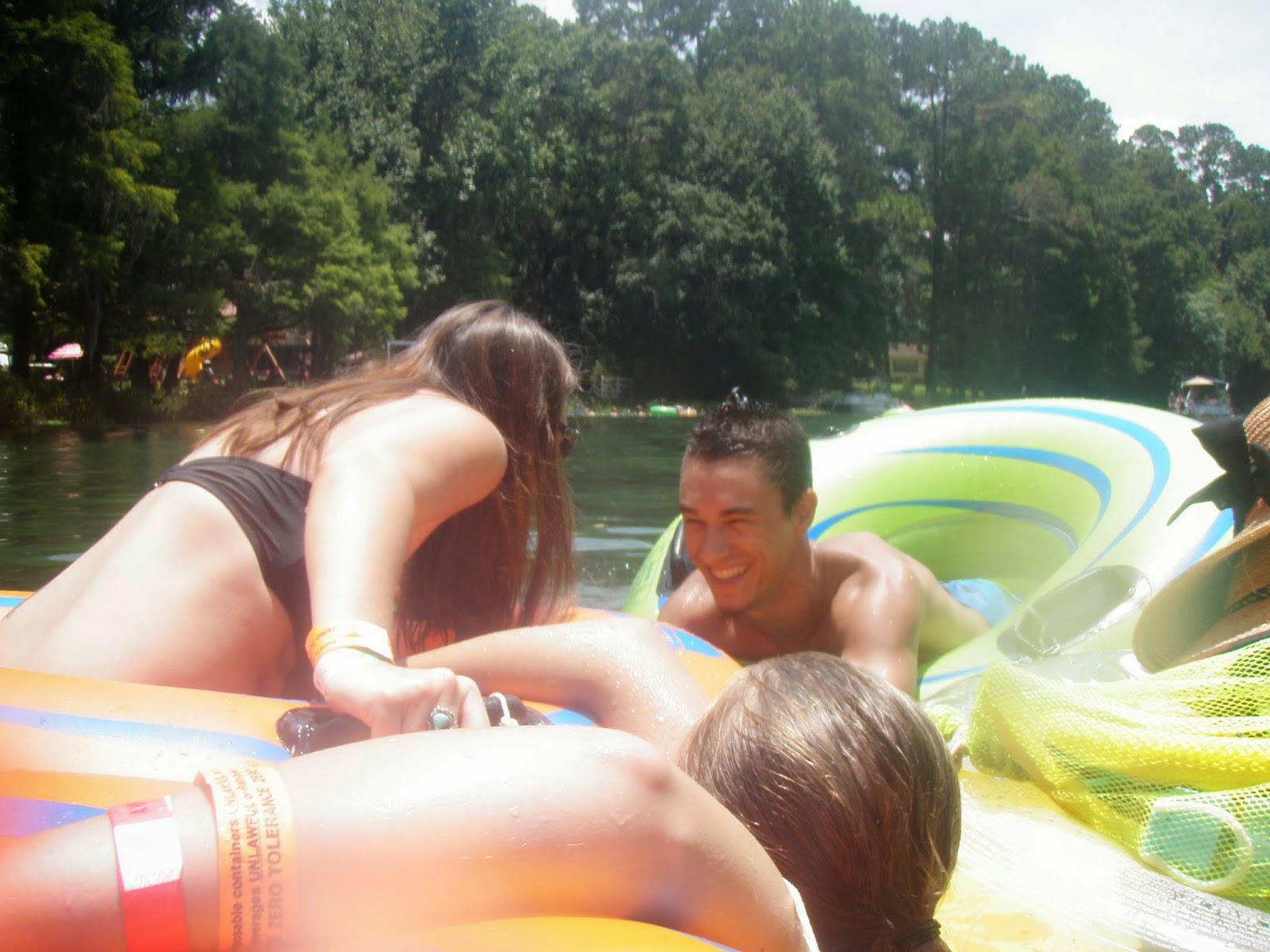 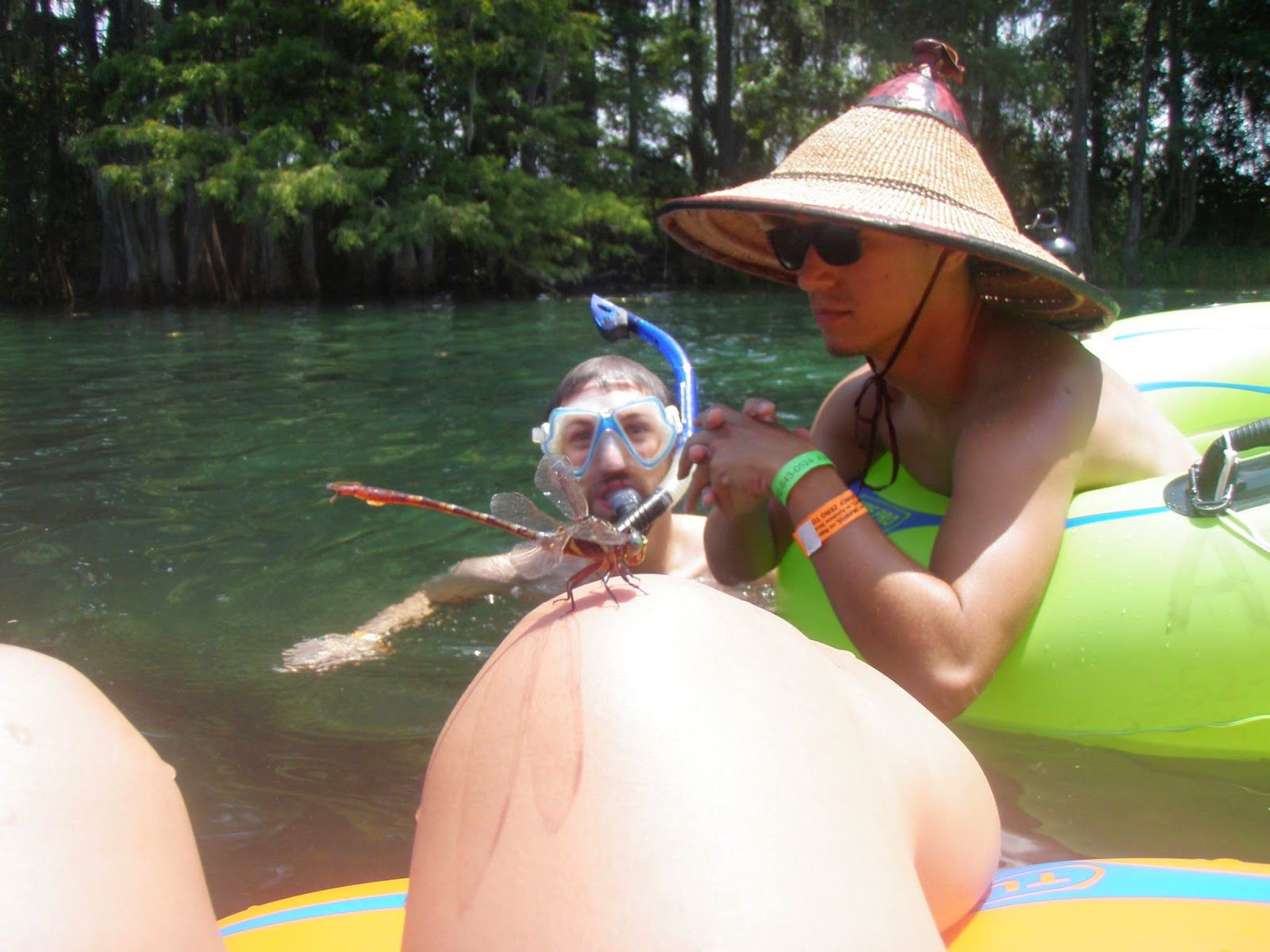 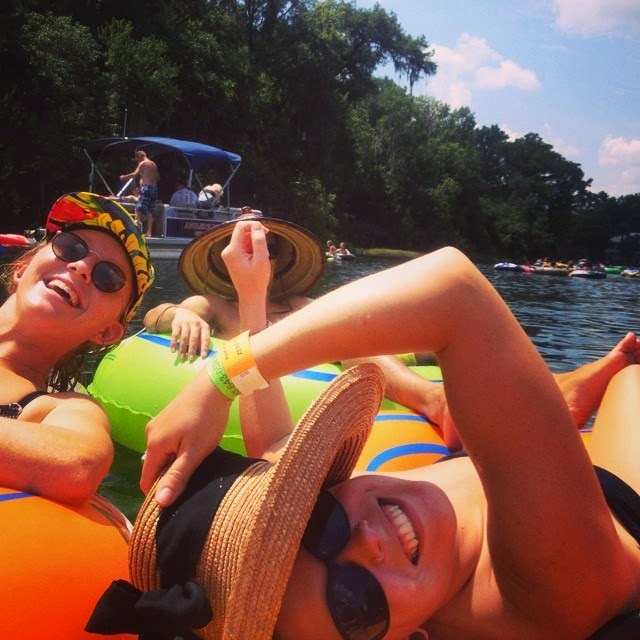 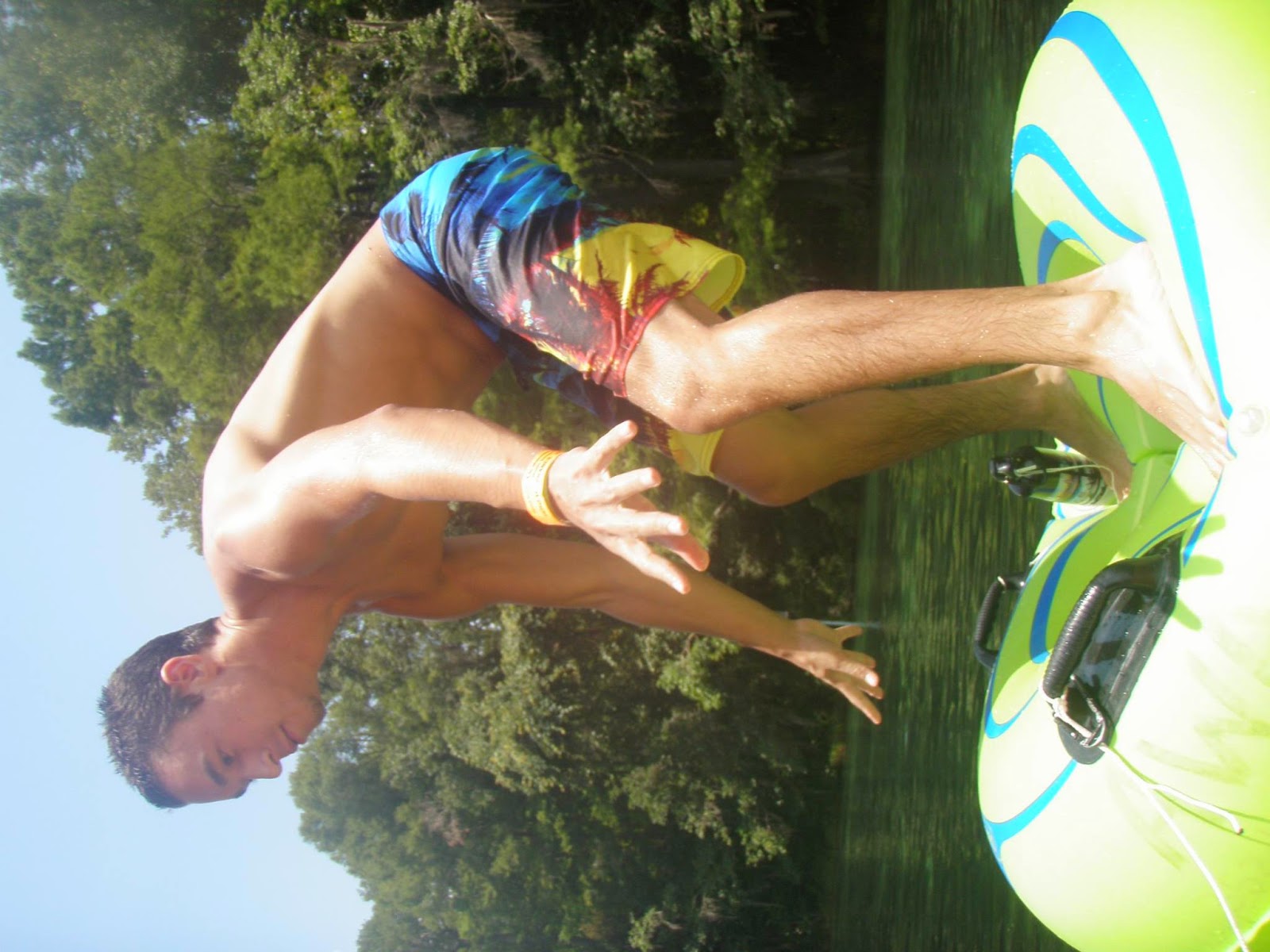 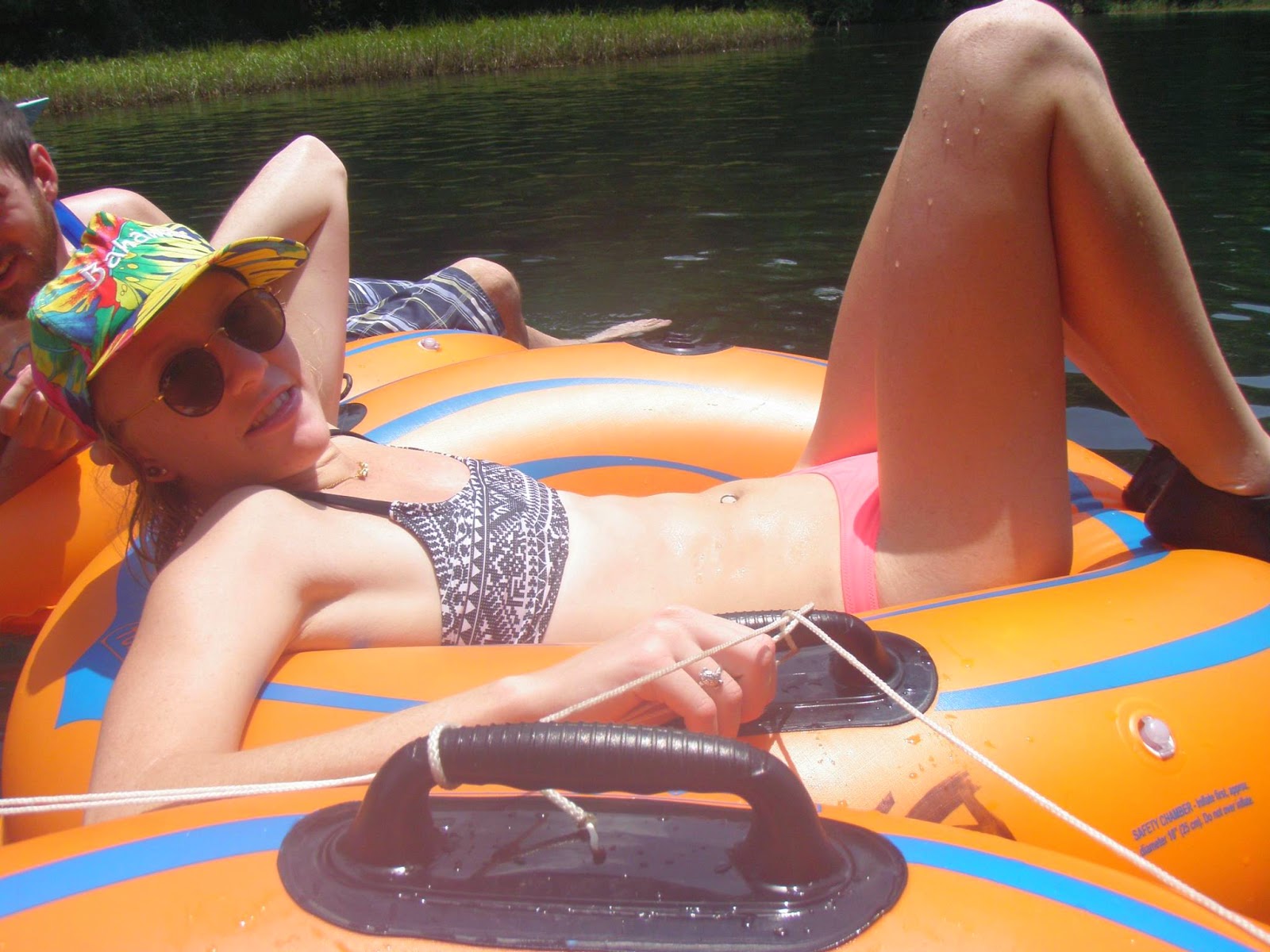 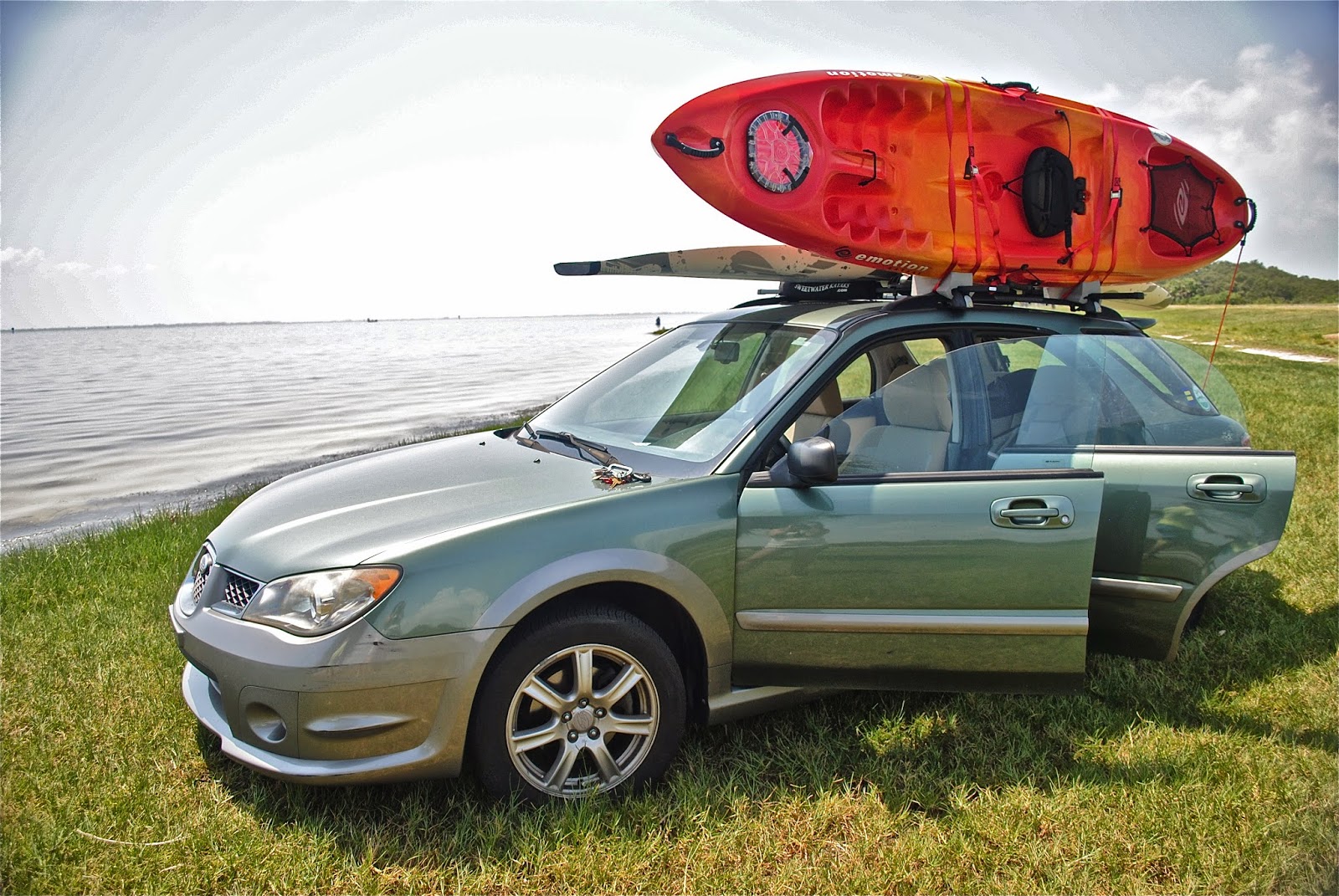 Posted by alisha marie [smiles] at 9:54 PM No comments:

When Europeans came to the Americas, they brought some nasty diseases — smallpox, cholera and typhus, to name a few.
But one pathogen was already there. And it likely traveled to the shores of South America in a surprising vessel.
By analyzing DNA from 1,000-year-old mummies, scientists have found evidence that sea lions and seals were the first to bring tuberculosis to the New World. The sea animals likely infected people living along the coast of Peru and northern Chile, a team from the University of Tubingen in Germany reported Wednesday in the journal Nature.
"We weren't expecting to find a connection to marine mammals," says archaeologist Kirsten Bos, the lead author on the study. "It surprised us all."
Ancient Peruvians might have caught the TB bacteria while hunting and eating seals, Bos says, or during some type of ceremony.
"These people had a spiritual connection to seals," she says. "Images of seal hunting and seals themselves have been found on ceramics used by Peruvian cultures. One ceramic has a sea lion on the handle. That's pretty neat."
Previous studies have found signs that tuberculosis infected people across North and South Americas. But genetic data suggest that TB originated in Africa. npr
Posted by alisha marie [smiles] at 4:17 PM No comments: 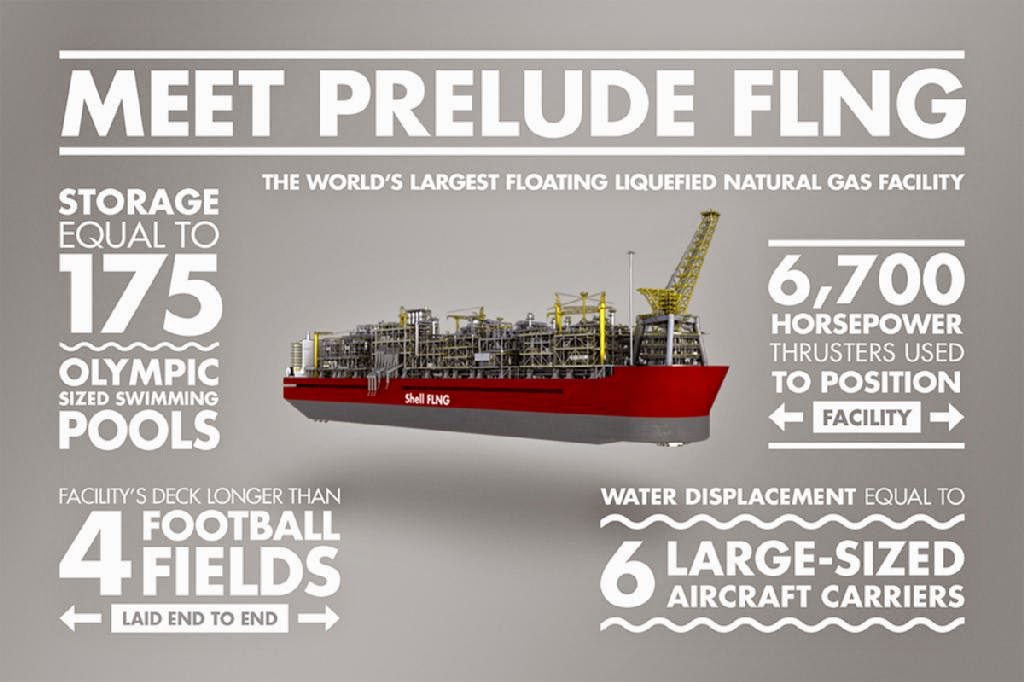 Posted by alisha marie [smiles] at 4:49 PM No comments:

the theory of everything

Posted by alisha marie [smiles] at 9:20 AM No comments:

Posted by alisha marie [smiles] at 1:22 PM No comments: 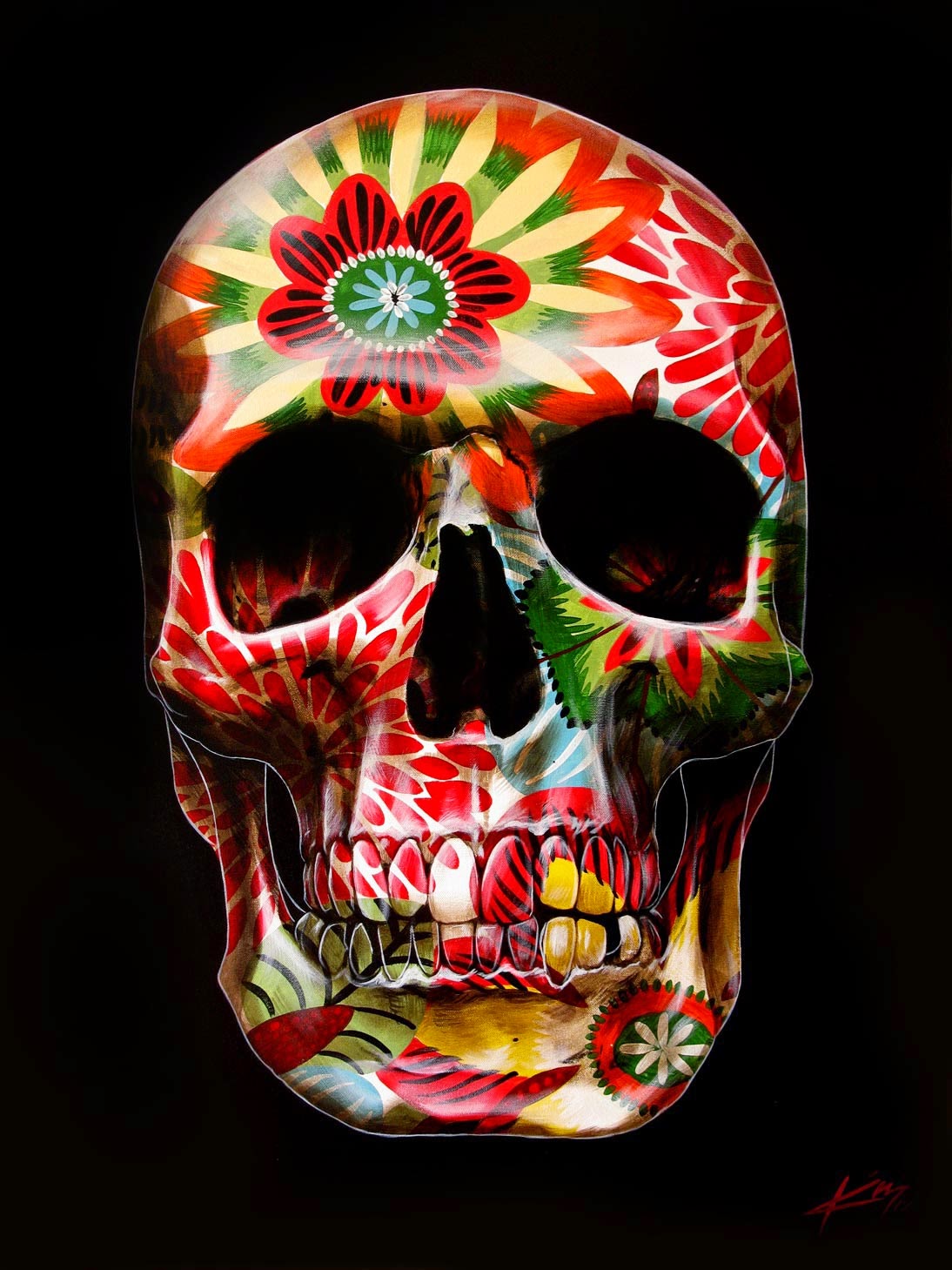 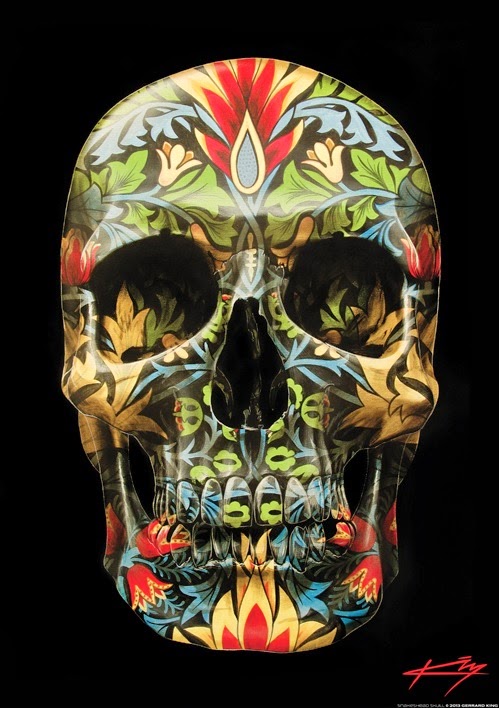 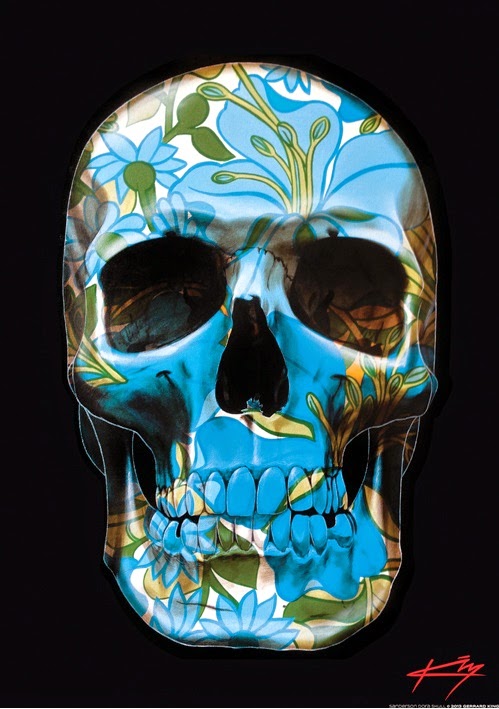 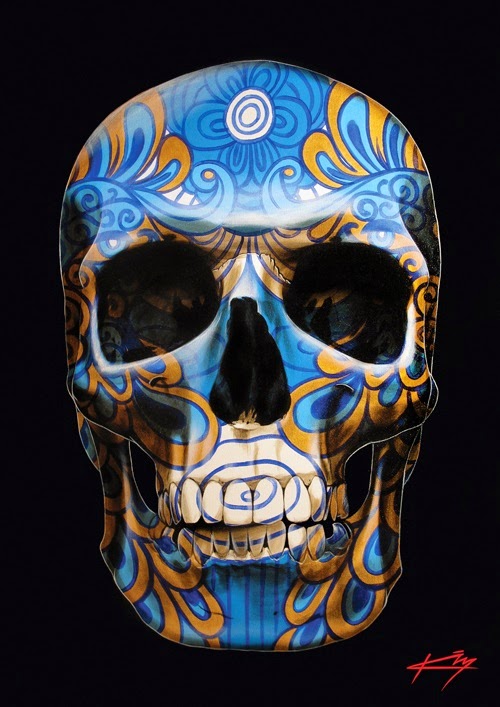 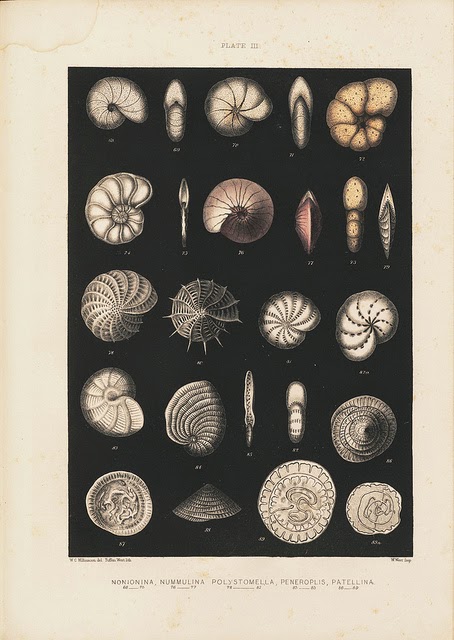 Posted by alisha marie [smiles] at 6:08 PM No comments: 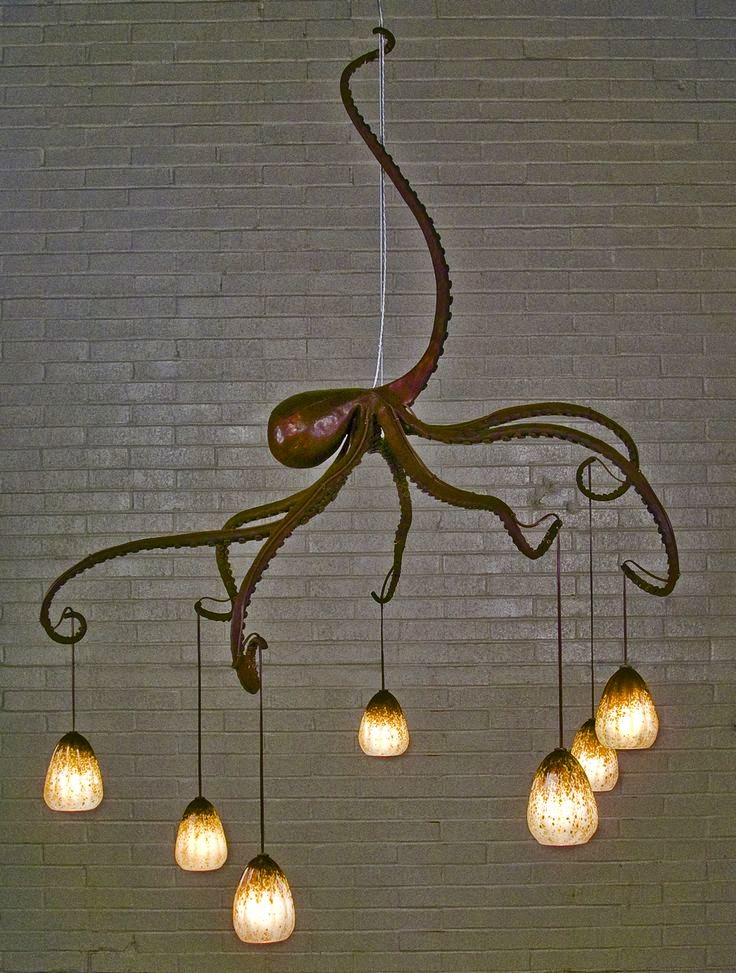 Posted by alisha marie [smiles] at 6:00 PM No comments:

why smoking is so fucking bad for you

How does radioactive material get into a cigarette?

The tobacco leaves used in making cigarettes contain radioactive material, particularly lead-210 and polonium-210. The radionuclide content of tobacco leaves depends heavily on soil conditions and fertilizer use.
Soils that contain elevated radium lead to high radon gas emanations rising into the growing tobacco crop. Radon rapidly decays into a series of solid, highly radioactive metals (radon decay products). These metals cling to dust particles which in turn are collected by the sticky tobacco leaves. The sticky compound that seeps from the trichomes is not water soluble, so the particles do not wash off in the rain. There they stay, through curing process, cutting, and manufacture into cigarettes.Lead-210 and Polonium-210 can be absorbed into tobacco leaves directly from the soil. But more importantly, fine, sticky hairs (called trichomes) on both sides of tobacco leaves grab airborne radioactive particles.
For example, phosphate fertilizers, favored by the tobacco industry, contain radium and its decay products (including lead-210 and polonium-210). When phosphate fertilizer is spread on tobacco fields year after year, the concentration of lead-210 and polonium-210 in the soil rises.

What happens when I smoke a cigarette?

Polonium is a highly toxic element, with elevated specific radioactivity, and is dangerous to handle even in milligram amounts. The maximum allowable body burden for ingested Polonium is 1100 Bq, which is equivalent to a particle weighing only 6. 6 Å~  10−6 μ g [57]. Alpha rays, which are formed by helium 4 (He-4) nucleus, are the least penetrating type of radiation and they manage to travel only a few centimeters in air. They can be easily stopped by obstacles, such as a sheet of paper, and they can penetrate living tissues by only a few microns [55, 58, 59]. In fact, since they lose all of their energy after a short distance, they can be dangerous for tissues only when substances emitting alpha particles enter the organism by respiration or ingestion. In addition, alpha rays are highly ionizing and, therefore, are particularly harmful for living tissues. 1 mg of polonium can emit as many alpha particles as 5 grams of radium. The impact on humans can be devastating, as it can cause considerable damage by causing cell death, promoting a massive, progressive, and rapid necrosis, and not allowing the organism enough time to replace the quantity of dead cells [57].

The journey of Po-210 and Pb-210 towards bronchopulmonary apparatus starts by lighting a cigarette. In this combustion chamber, tobacco burns, reaching 800–900◦ C when inhaling, and smoke is created, which is composed of a corpuscular (5%) and a gas phase (95%) [46]. Po- 210 and Pb-210 are adsorbed in the insoluble particles of the corpuscular phase [65]. The latter is present in a high quantity and is a weak alpha (< 1Å~ 10−5 ), gamma, beta, and X emitter. All these inhaled particles are deposited in the broncho-pulmonary apparatus and particularly in segmental bronchi bifurcations, due to ciliary action. According to measurements by Cohen et al., radium and thorium are also present in cigarettes; however, 99% of the radioactivity comes from Po-210 [75], which remains in the bronchopulmonary apparatus after inhalation [76]. All these particles have a diff erent “destiny” based on the efficacy of the mucous-ciliary clearance. This mechanical purification is reduced gradually in smokers with COPD, resulting in the accumulation of insoluble Pb-210 particles, which decay to Po-210 over time [70, 77]. In fact, the more severe COPD becomes, the greater the risk of radioactive load accumulation is [77]. Subsequently, radioactive particles reach various organs and tissues through pulmonary and systemic circulation and cause mutations of the genetic cellular structure, deviations of the standard cellular characteristics, accelerated aging, and quicker death due to a wide range of diseases [78, 79]. In smokers, Po-210 levels are in fact significantly higher in blood (by 30%) [65, 80], urine (6-times higher) [81], liver, kidney, heart, and psoas muscle [82]. Little and McGandy estimated that Po-210 concentration in blood is 63.64mBq/kg of blood in smokers and 28.12mBq/kg of blood in non-smokers [83]. Notably, concentrations of Pb- 210 and Po-210 in rib bones and alveolar lung tissues were two-times higher in ex-smokers compared to non-smokers, even a year after smoking cessation [66].


DNA chromosome damage by exposure to alpha radiation is 100-times greater than the one caused by other types of radiation [113]. Little and Radford estimated that the radiation dose of the bronchial epithelium of bifurcations in the inferior lobes of people smoking for 25 years would be 2 Sv [114]. This can be explained by the local accumulation of Pb-210 insoluble particles [72]. According to Martell, the cumulative dose of alpha radiation in bronchial bifurcations of smokers that die of lung cancer is approximately 16 Sv (80 rad). This dose is suffi cient to induce a malignant transformation caused by alpha-particles interaction with basal cells [115, 116]. 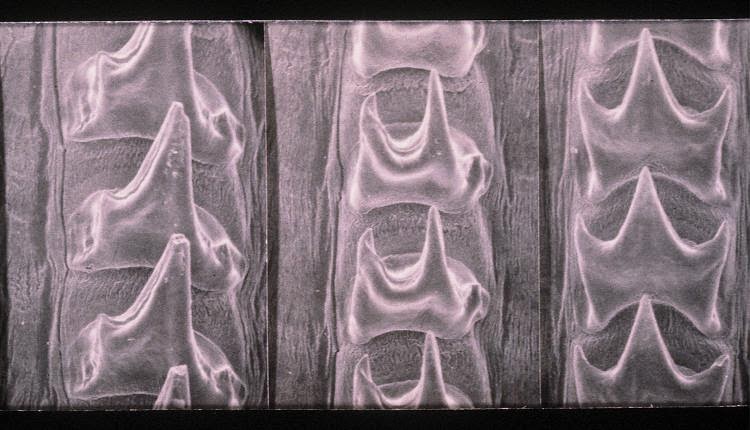 Tiny teeth cover the surface of the giant squid’s tongue-like organ, or radula 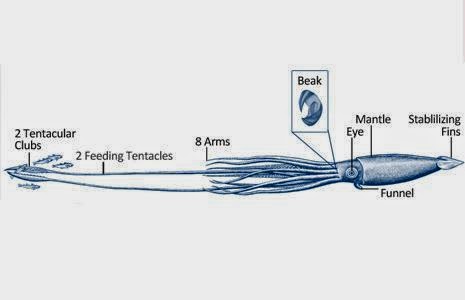 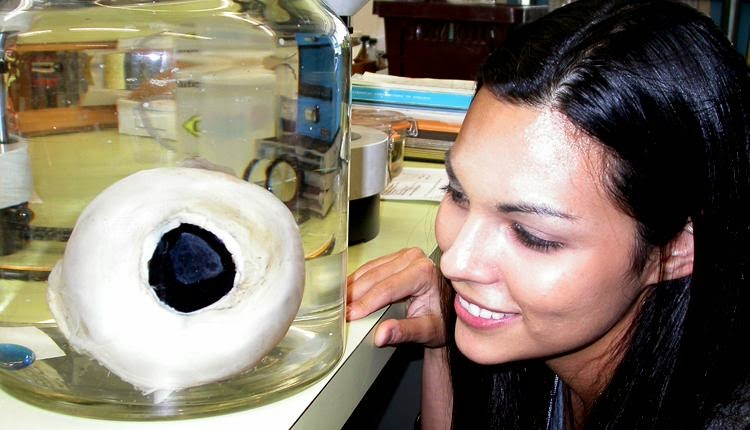 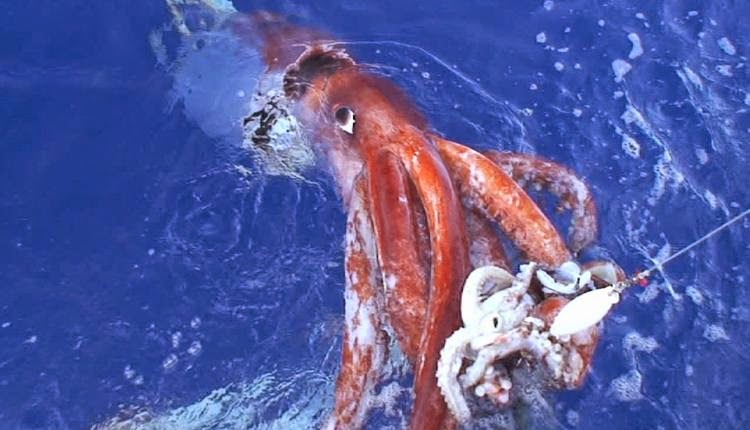 http://ocean.si.edu
Posted by alisha marie [smiles] at 3:21 PM No comments:

jellyfish explained by the ocean portal 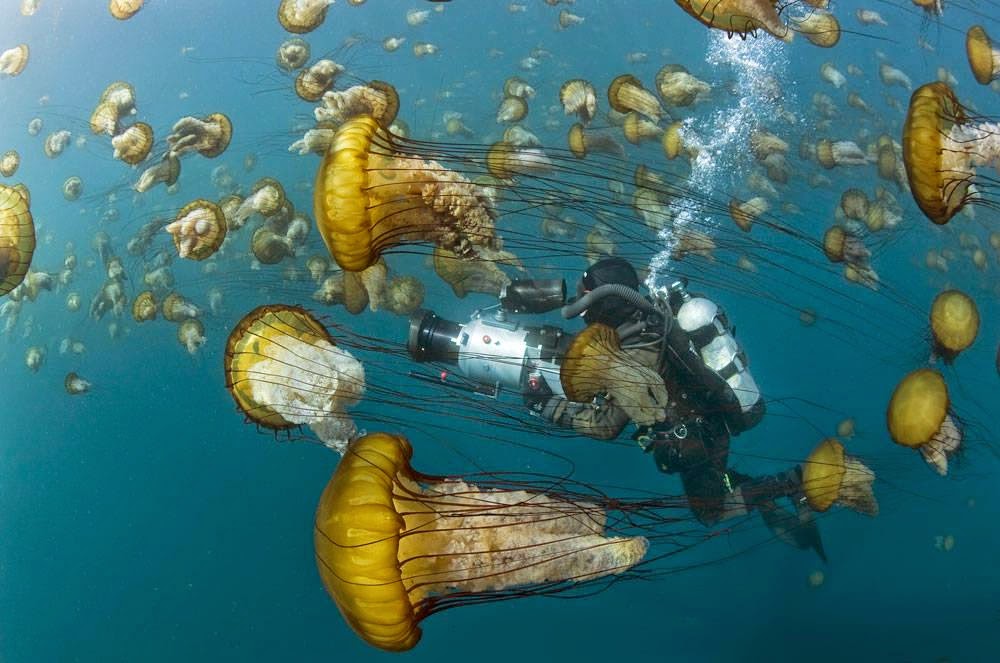 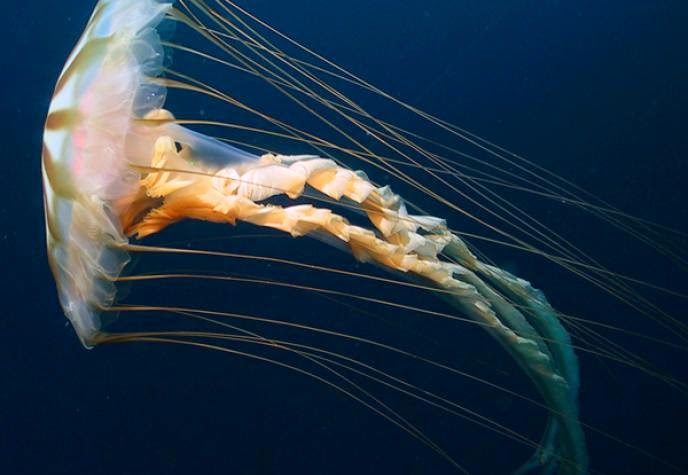 http://ocean.si.edu
Posted by alisha marie [smiles] at 3:16 PM No comments: