The carbon crystal was condensed to the core pressure of Saturn - 14 times that at the centre of the Earth.
The big squeeze was performed inside the US National Ignition Facility, which recently featured in Star Trek. 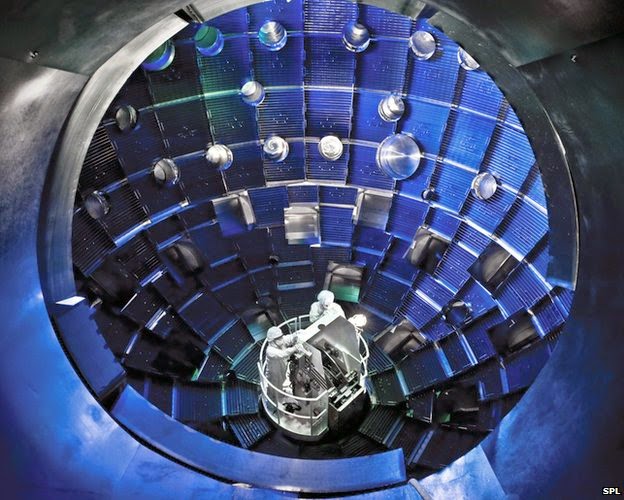 It gives clues to the conditions deep inside giant, carbon-rich planets,says a study in Nature journal.
"We don't know what lies within the core of Jupiter or Saturn but now for the first time we now have the ability to study how matter exists under these extreme conditions of pressure and temperature," said lead author Dr Ray Smith, of Lawrence Livermore National Laboratory, California.
"Our experiments provide a method for recreating conditions within the cores of giant gas planets - both within our solar system and beyond.
"It has been proposed, for example, that Neptune has a diamond in its core, due to decomposition of methane which gets compacted under extreme pressure.
"The Kepler space mission has found Neptune-sized planets to be very common in our galaxy."
The planets and stars we see in the night sky were formed by powerful gravitational forces that crushed their constituent atoms tightly together.
The extreme pressures in their cores are expected to cause dramatic changes to the properties of matter.
How, on Earth, we can replicate these alien environments is a terrific challenge for scientists. bbc 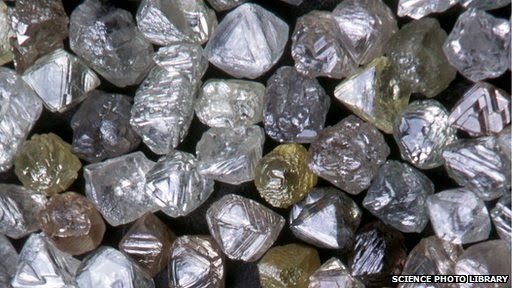 Diamonds are thought to be common on Neptune, where they may even fall as rain