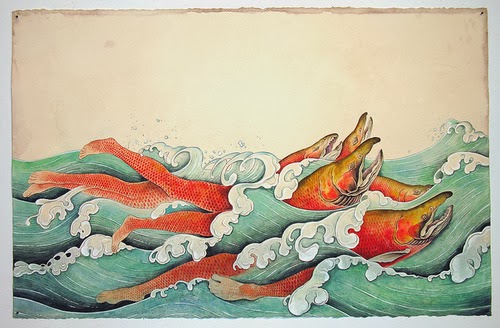 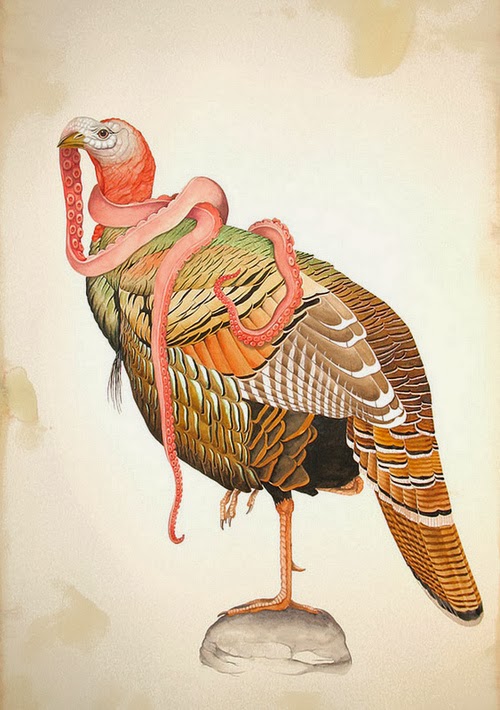 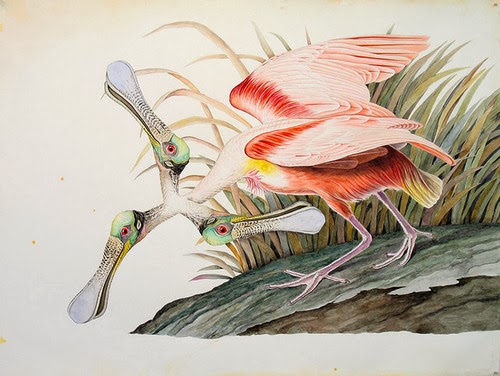 by Nastia Voynovskaya
Based in Thorp, Washington, Justin Gibbens describes himself as a nature boy. The various creatures that abound in the Evergreen State as well as his imagination find their way into Gibbens’s paintings, which often combine media such as watercolor, gouache and tea. Gibbens has formal training in both Chinese painting techniques and scientific illustration — two influences that do not seem so disparate when combined in his sparse yet impactful artworks.
“It’s probably no surprise that much of my inspiration comes from all things that scamper and poke about in the thickets and undergrowth, inhabit the tide pools and ocean depths and fly through the ether,” said the artist in an email to Hi-Fructose. “Field guides, natural history museums and David Attenborough documentaries are also good.”…
(read more: Hi-Fructose)