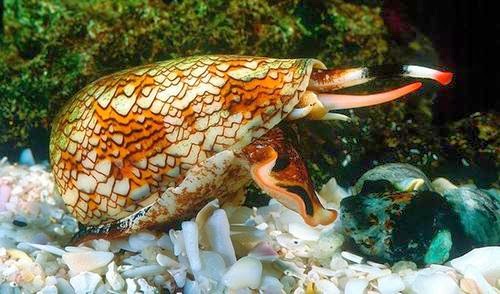 by  AG Staff
A new drug from cone snail venom could offer hope to chronic pain sufferers
AN EXPERIMENTAL DRUG made from cone snail venom has shown early signs of promise in numbing pain, raising hopes in the hunt for new, non-addictive medications, an Australian researcher says.
The drug, which has not been tested yet on humans, is judged to be about 100 times more potent than morphine or gabapentin, which are currently considered the gold standard for chronic nerve pain.
The active ingredient, conotoxin, comes from carnivorous cone snails, which are common in the western Pacific and Indian Ocean…
(via: Australian Geographic)