the grand canyon may be younger than previously thought

New research suggests that most of it was put in place just five to six million years ago.
Earlier studies had claimed the canyon was perhaps 70 million years old.
The latest investigation, published in the journal Nature Geoscience, agrees that some segments are very ancient, but says the full system is young.
"The 'old canyon model' has argued that the Grand Canyon was carved 70 million years ago in the same place and to nearly the same depth as the modern canyon. We are refuting that," said Prof Karl Karlstrom from the University of New Mexico, Albuquerque.
"We are also refuting the 'young canyon model', which claims the canyon was cut entirely in the last six million years. Instead, we show that the Colorado River used some old segments as it found its path from the Rockies to the Gulf of California in the past six million years. bbc 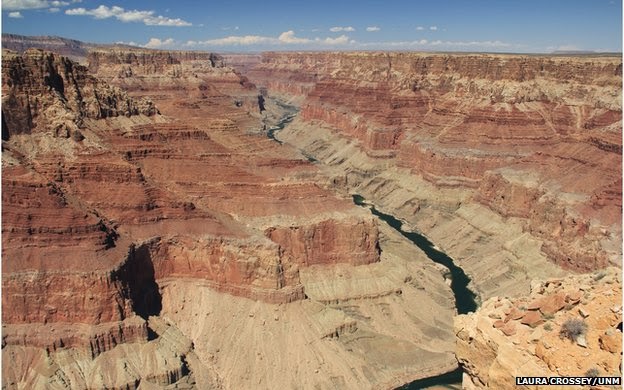