Scientists at the American Museum of Natural History and Stony Brook University have demonstrated a new way to calculate the temperature of the ocean 80 million years ago: through the jaws of ammonites. The new approach provides an alternative technique for gathering information about the habitats of ammonites—an extinct type of shelled mollusk that’s closely related to modern-day nautiluses and squids. The study was recently publishedin PLOS ONE.


“As geologists, one of our goals is reconstructing past climates of the planet in order to put our present climatic changes in context,” said Neil Landman, a curator in the Museum’s Division of Paleontology and an author on the paper. “This new approach allowed us for the first time to reconstruct sea temperatures over large stretches of ancient marine environments.”
About 80 million years ago, dinosaurs roamed the Earth, the Atlantic Ocean was much narrower than today, and what is now North America was divided in half by a broad sea that covered much of the continent. These waters, called the Western Interior Seaway, were home to a diverse set of marine life, including an abundant population of ammonites. 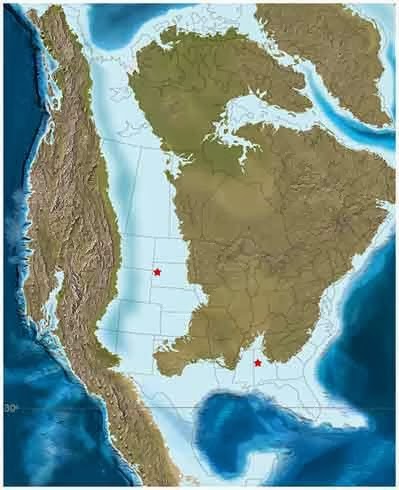 To reconstruct the temperature of ancient ocean environments like this one, scientists have traditionally turned to geochemical proxies, namely oxygen isotopes that are preserved in the shells of fossils. But in many fossil sites, the ammonite shells have dissolved. To find an alternative method, Landman, Museum postdoctoral fellow Isabelle Kruta, and Stony Brook professor J. Kirk Cochran focused on ammonite jaws, which tend to be well preserved even when their shells are not.
The group’s first test was on modern nautiluses collected off of Vanuatu in the South Pacific. After determining that the temperatures calculated from these shells match those calculated from the jaws, the group extended its experiment to ammonite fossils (Baculites sp.) that were collected from two locations: the Pierre Shale in South Dakota, which was part of the Western Interior Seaway; and the Mooreville Chalk in Alabama, along the proto-Gulf of Mexico. 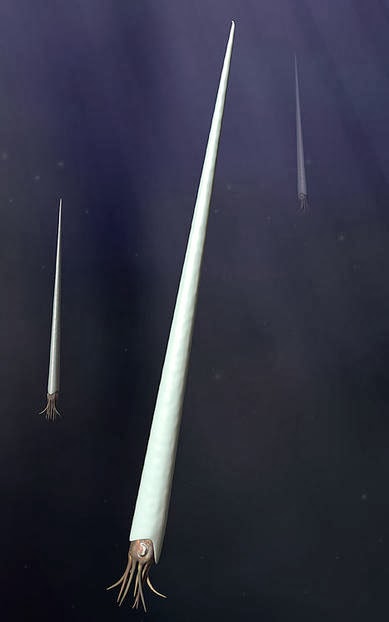 The two sites have fossils from the same era—the Upper Cretaceous—but the quality of ammonite preservation is quite different. In the Pierre Shale, ammonite jaws are found inside the body chambers of well-preserved ammonites, while in the Mooreville Chalk, the jaws are fossilized but the ammonite shells are gone. However, the use of ammonite jaws to derive ancient temperatures permits a comparison of these two sites.

Calculations based on the oxygen isotopes of the ammonite shells and jaws from the Pierre Shale yielded temperatures of about 28 degrees Celsius (about 82 degrees Fahrenheit). The temperature obtained using the ammonite jaws from the Mooreville Chalk were lower, about 22 degrees Celsius (about 71 degrees Fahrenheit). This discrepancy suggests that the Western Interior Seaway was warmer than the proto-Gulf of Mexico, probably because it was more restricted in its distribution.
“The use of ammonite jaws for paleo-temperature determination opens up new avenues of research for paleoenvironmental reconstruction,” Landman said.
You can read the scientific paper here. amnh.org