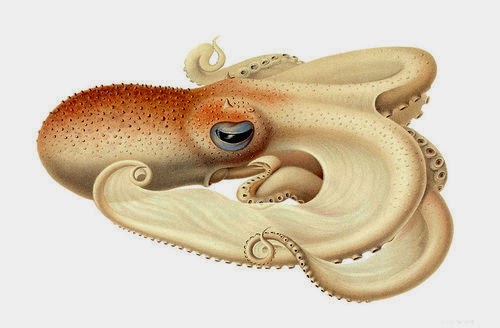 Velodona togata is the only species in the genus Velodona; the genus and species names come from the large membranes that connect its arms. The species was first described by Carl Chun in his book Die Cephalopoden (from which this illustration is taken) in 1915. A second subspecies was described by Guy Coburn Robson in 1924.