From the Delmarva fox squirrel’s brush with extinction to a journey for recovery
Safe to assume most of us have probably seen a gray squirrel bouncing around our backyard bird feeders or local parks. But if you’ve visitedChincoteague, Prime Hook or Blackwater national wildlife refuges, you may have been lucky enough to see the Delmarva Peninsula fox squirrel.
This tree squirrel with frosty silver-gray fur is much larger than the gray squirrel, and catching a glimpse of it within the forests of the peninsula connecting Delaware, Maryland and Virginia was once extremely rare.
By the time it was protected as endangered under the Endangered Species Preservation Act in 1967, the Delmarva fox squirrel could only be found in a handful of counties on peninsula Maryland—just 10 percent of its historic range…
(read more: USFWS - NE Region) 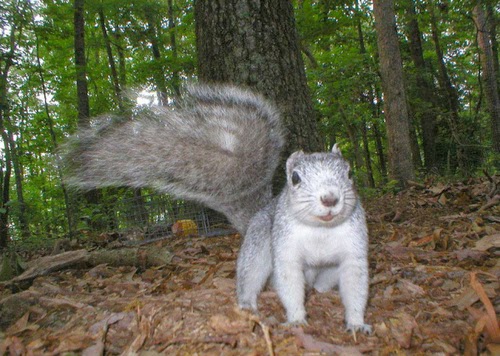 i'll be working in the Chincoteague area soon... something to look for!