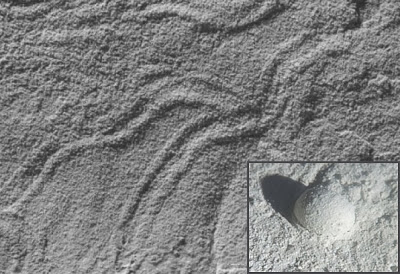 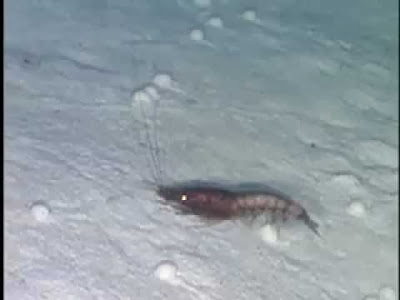 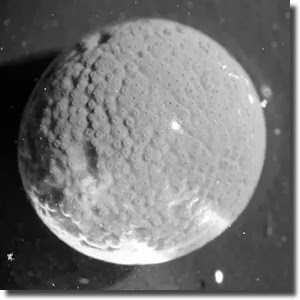 This is a large spherical testate amoeba, a single-celled organism classed among the protists and is the largest in the genus Gromia.

It was discovered in 2000, along the Oman margin of the Arabian sea, at depths from 1163 to 1194 m (3816 to 3917 ft). Specimens range in size from 4.7 to 38 mm (0.2 to 1.5 in) in diameter. The test (organic shell) is usually spherical in shape and honeycombed with pores. There are filaments on the bottom of the organism, where it is in contact with the seafloor, and it is mostly filled with stercomata (waste pellets).
In 2008, 30-mm (1.2-in) specimens were found off the coast of Little San Salvador in the Bahamas by researchers from the University of Texas. These Gromia were discovered to make mud trails as much as 50 centimeters (20 inches) in length. It was previously thought thatsingle-celled organisms were incapable of making these kinds of trails, and their cause was previously a source of speculation. The mud trails made by the Bahamian Gromia appear to match prehistoric mud trails from the Precambrian, including 1.8 billion year-old fossil trails in theStirling formation in Australia.
(via: Wikipedia)
Posted by alisha marie [smiles] at 3:58 PM