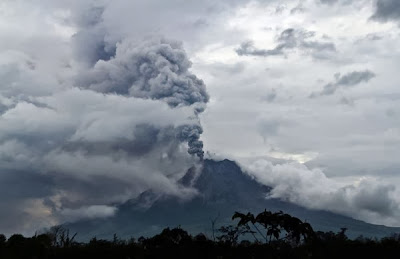 Mount Sinabung, a volcano in western Indonesia, erupted on November 3 for the third time in recent months, according to news reports.
The 8,530-foot-high (2,600-meter-high) mountain spewed ash up to 4.3 miles (7 kilometers) high, requiring the evacuation of villagers living around its base, theChristian Science Monitor reported.
Indonesia's National Disaster Mitigation Agency raised the volcano's status from caution to alert—the second-highest level—after the mountain rumbled back to life. (See pictures of Indonesia's active volcanoes.) 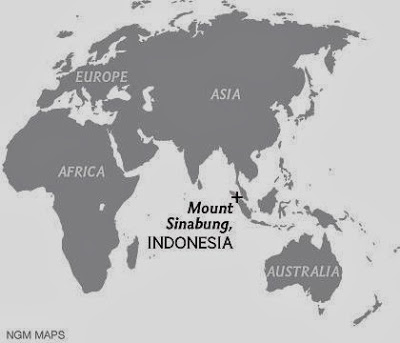 According to Reuters, the military helped evacuate 1,293 people from four villages near the volcano, which is located about 55 miles (88 kilometers) from the capital of the North Sumatra Province, Medan.
About 14,000 people evacuated in September when Mount Sinabung became active. The mountain is one of about 20 volcanoes currently erupting around the world, several of which are found in Indonesia.
The archipelago sits along the Pacific Ring of Fire, a series of fault lines that stretches from the Pacific coasts of the Americas through Japan and into Southeast Asia. (See "Deadly Java Quake Highlights 'Ring of Fire' Dangers.")