Meet the Gigantic Carnivore That Kept T. Rex Down 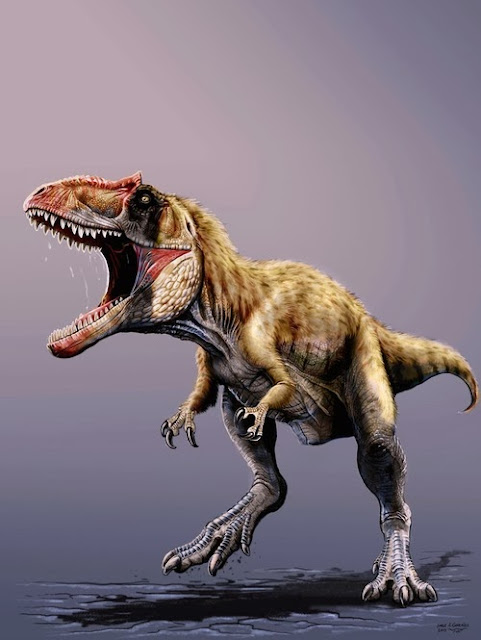 by Stephanie Pappas
An enormous carnivorous dinosaur that once roamed North America kept Tyrannosaurus rex from achieving its potential for millions of years, a new discovery suggests.
The new dinosaur, dubbed Siats meekerorum, is part of a group of giant predators known as carcharodontosaurs, and it’s only the second of this group to be discovered in North America. North Carolina State University paleontologist Lindsay Zanno discovered the Siats bones eroding out of a hillside in Utah in 2008.
"It’s easily the most exciting thing that I’ve found so far," Zanno, who heads the paleontology lab at the North Carolina Museum of NaturalScience, told LiveScience…
(read more: Live Science)