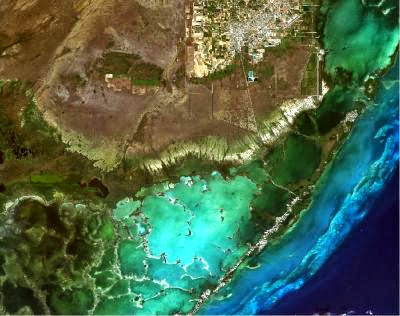 Rising sea levels are transforming the Florida Everglades, a new study shows. Plant communities that thrive in salt water are expanding along the coast, leaving less room for plants that depend on fresh water.
Salt-loving mangroves in the Everglades have marched inland in the past decade, while freshwater plants — such as saw grass, spike rush and tropical hardwood trees — lost ground, according to a study published in the October 2013 issue of the journal Wetlands…
(read more: Live Science)
image by CSTARS / Doug Fuller
Posted by alisha marie [smiles] at 5:45 PM