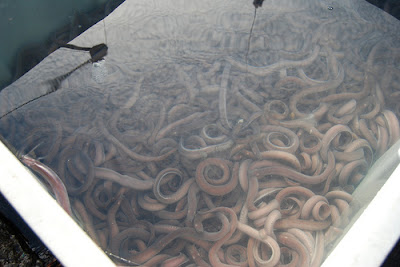 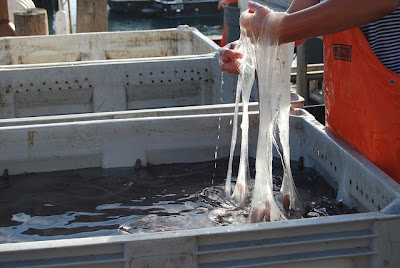 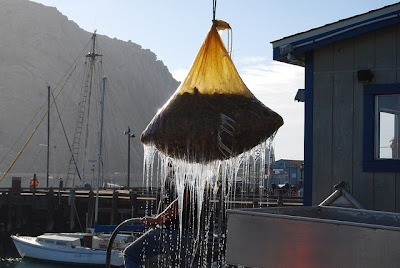 When threatened, hagfish secrete copious amounts of slime from some 100 glands along its body. The microfibrous substance expands to up to 20 L (5¼ gallons) when dissolved in water.
The slime is thought to be a defense mechanism against predators. In addition to distracting the predator, the slime has the potential to clog and impair the function of the predator’s gills. This allows the hagfish to escape as it twists itself into a knot to free itself of its slimy secretions.
The slime also has the potential to be developed into an elastic fabric. A research team at Canada’s University of Guelph managed to harvest the slime from the fish, dissolve it in liquid, and then reassemble its structure by spinning it like silk (Discovery).