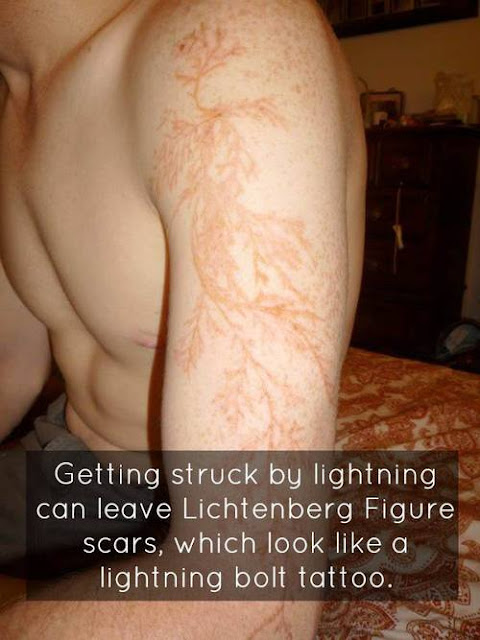 Being struck by lightning is a dangerous and scary experience and can even be fatal. Sometimes, the electrical discharge can leave a tattoo-like marking or scar known as a Lichtenberg figure. The patterns created are known to be examples of fractals.
Lichtenberg figures are branching electric discharges that sometimes appear on the surface or the interior of insulating materials. They are named after the German physicist Georg Christoph Lichtenberg, who originally discovered and studied them. When they were first discovered, it was thought that their characteristic shapes might help to reveal the nature of positive and negative electric “fluids”…
(read more: Twisted Sifter)