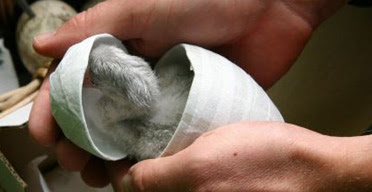 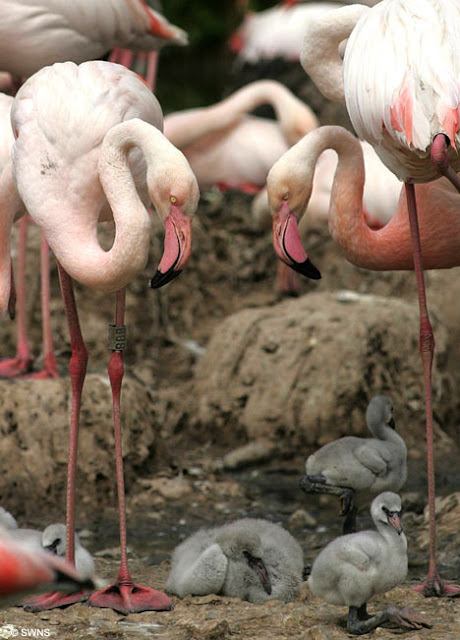 A pair of gay flamingos have become foster parents after taking an abandoned chick under their wings.
Carlos and Fernando had been so desperate to start a family that they had resorted to stealing eggs at the Wildfowl & Wetlands Trust (WWT) in Slimbridge, Gloucestershire.
But their egg-sitting and hatching skills impressed staff so much that when one of the flamingo nests was abandoned last week, they were considered the number one choice to adopt the chick.
The unhatched egg was taken to an incubator where it was warmed up and monitored.
Hours later a healthy chick emerged, but staff were concerned that the duo would not bond with the newborn because the process normally begins when the chicks are ‘calling’ them from inside the egg.
So the chick was carefully placed in an old eggshell, which was taped up and returned to the couple’s empty nest.
The pair were soon seen ‘talking’ to the chick inside the egg and a little while later it hatched for a second time - to be greeted by its new parents…
(read more)
Posted by alisha marie [smiles] at 11:30 PM