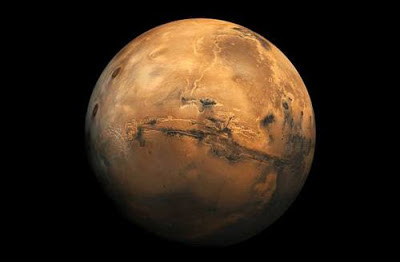 Scientists have found a potential building block for life in a Martian meteorite recovered from Antarctica.

Parts of the rock contain rich concentrations of boron, which biochemists suspect played a key role in the development of ribonucleic acid, or RNA.

RNA is a biological molecule, which scientists believe was the stepping stone for life on Earth. It, like deoxyribonucleic acid, or DNA, which evolved later, can store and transmit information to cells.

What does this mean for Curiosity on the Red Planet?
(read more: Discovery News)