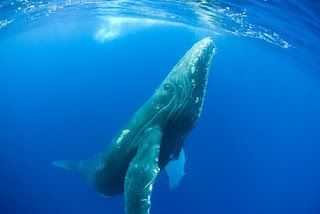 One California chef could face up to 67 years in prison for allegedly selling the endangered animal to patrons.

by Andri Antoniades
In 2010, the activist-filmmakers behind The Cove, the award-winning documentary exposing the brutal dolphin killings in Taiji, Japan, decided that even after worldwide acclaim and an Oscar win, they weren’t finished protecting the ocean’s endangered mammals. Setting up an undercover sting operation, they revealed that a popular Santa Monica sushi restaurant, named “The Hump,” was illegally selling endangered whale meat to diners.
Their efforts initially resulted in misdemeanor charges brought against The Hump’s parent company, Typhoon Restaurant Inc., as well two of its chefs, Kiyoshiro Yamamoto and Susumu Ueda. But The Los Angeles Times reports that following a further investigation, those charges were bumped up this week to nine felony counts of importing and selling endangered sei whale meat, a violation of the Marine Mammal Protection Act.
As a result, chef Yamamoto in particular could face up to 67 years in prison…
Posted by alisha marie [smiles] at 12:15 AM