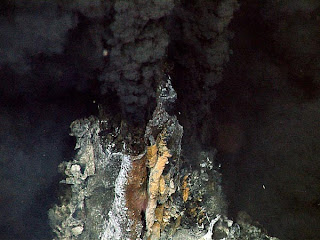 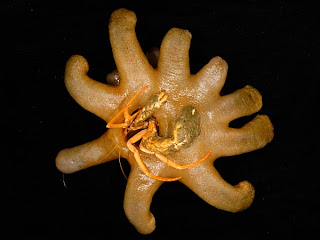 Pictured with a crab emerging from its middle, this likely new species ofEpizoanthus coral has polyps that, when extended, resemble its close relative the sea anemone.
The coral settles on snail shells occupied by hermit crabs. As the coral grows, it completely engulfs the shell. "The hermit crab's mobile home is now a feeding station" for the coral, too, Clark said. 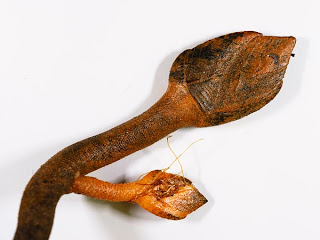 The stalked barnacle species Vulcanolepis osheaii form large beds on several seamounts of the southern Kermadec Ridge.
Found at depths of 2,300 to 3,300 feet (700 to 1,000 meters), the species' stalks are covered with sulfide-eating bacteria.
"These bacteria utilise the sulphides in the vent fluids and surrounding waters, and in turn the barnacles feed on the bacteria—so in a way the barnacles grow their own prey!" Clark said. 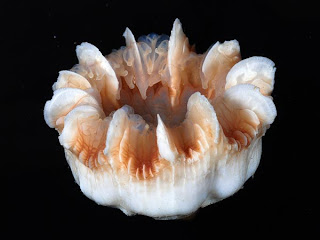 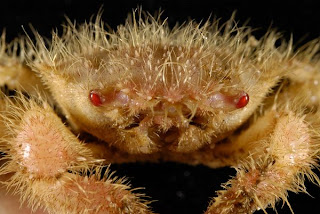 Scientists located the small crab Trichopeltarion janetae (pictured) amid rocks on the summit of a 3,000-foot-deep (900-meter-deep) seamount.
Described for the first time in 2008, the "hairy" crustacean has been previously found only on seamounts off New Zealand and southern Australia, Clark said. 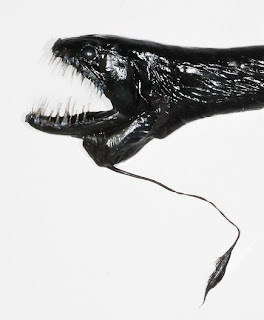 Female black dragonfish—such as this newfound specimen of the Idiacanthusgenus—are "fierce predators" of small fish. But "interestingly, male dragonfish lack teeth and a functional gut, and are thought to live only long enough to breed," Clark said. 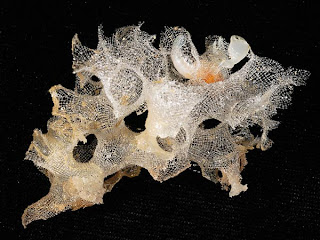 With a silicon-based skeleton, a new species of "beautiful and fragile" honeycomb glass sponge of the Farrea genus was found on a seamount at 3,100 feet (950 meters) deep—and it wasn't alone.
"The little shrimp making its home in the sponge network probably belongs to the Axiidae, a family of ghost shrimp," Clark said. 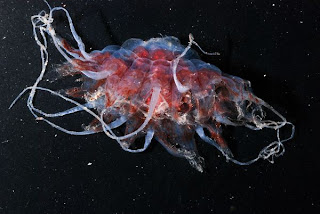 Found in a canyon about 5,000 feet (1,500 meters) deep, this unidentified jellyfish is likely a type of Atolla, a genus of crown jellyfish that dwells only at depth.
"The long tentacles of the jellyfish drift behind it to catch a prey of small bioluminescent zooplankton," Clark said.
"The dark red bell of the jellyfish would be invisible in its deep-sea habitat," he added. 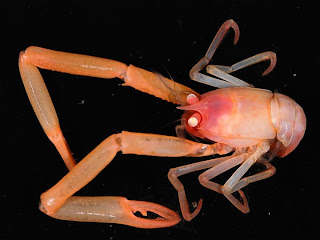 Found between depths of 2,130 feet (650 meters) and 4,600 feet (1,400 meters), this squat lobster of the Uroptychus genus isn't the first known specimen of its kind, but its species hasn't yet been formally recognized.
These deep-sea lobsters are almost exclusively found in association with deep-sea corals. In this case the animals were found attached to a bamboo coral.
natgeo