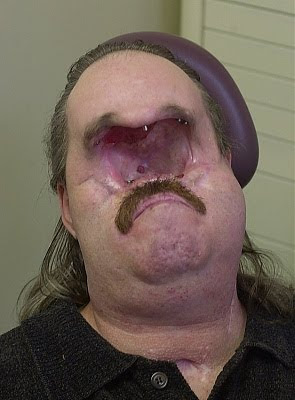 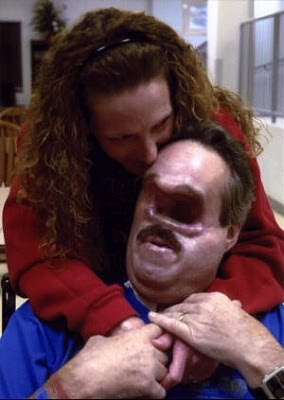 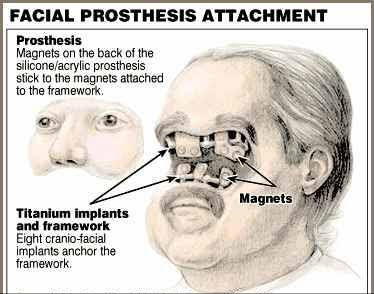 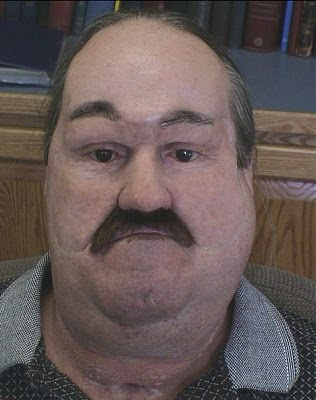 Mark Tatum was an American man from Kentucky, who became known as "the man without a face" after he became in 2000 the victim of a very aggressive facial fungal infection (Rhinocerebral Mucormycosis).

To save his life, doctors had to remove his eyes, nose, upper jaw and all surrounding bone and tissue which meant that he literally lost his face.

Tatum was a medical phenomena due to the fact that he survived the infection. Later he got a prosthetic face and he underwent surgeries so he could eat, drink and speak again.
http://www.documentingreality.com/forum/f149/mark-tatum-man-without-face-10348/
Posted by alisha marie [smiles] at 2:15 PM