Pro Lifers should be aware that the major vaccine viruses and ingredients given to their children are grown on aborted fetuses. We do not see this on Fox News very much although they claim to be pro-life that are very much against abortions. 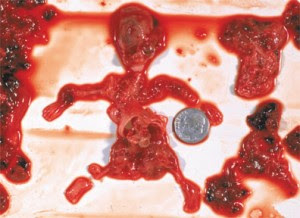 Hepatitis A –Vaccines are made from aborted fetus tissues -dead babies.

Polio Vaccines are made from and grown from dead fetus cells.

Varicella (Chicken Pox) vaccines are made from aborted fetus cells.

These vaccines are all very highly a social issue for Pro-Lifers but we do not see any protests on their part, and we haven’t seen any tea bag parties at all =where are the PRO-LIFERS????

Where have they gone to, and are they only campaigning on health care reform to stop it because it may fund an abortion?

What really is puzzling and needs investigating is whether the Swine Flu H1N1 Shot also contains aborted fetus tissues, because if you cannot trust the vaccines -how would you trust the people that make them and have already misrepresented their products?

Death By Vaccines – Death By Drugs

It is a drugged world and more drugs are on the way to shoot you and your kids up with so many drugs and vaccines they will certainly affect your mental, physical and spiritual health. Never in the world’s history has the US had so many vaccines given to people and so many drugs by prescription or over the country. The USA has become a Pill Popping Society where paradise is only a pill away, but so is your untimely death by drugs.